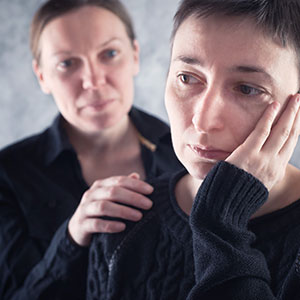 If you understand the different kinds of shifts and shifting cycles that occur naturally, it makes it easier for you to navigate your journey on the mental and emotional levels, because you’re able to distinguish what is pattern-related from what is a negative impact.

Often, when you get to an article like this, you want to write it off as being information for teachers, healers and coaches. This is very far from the truth.

Understanding these shifting basics, and the patterns you need to look out for, will significantly alter your shifting experience, not least because you are going to understand that feeling bad at first is part of the process sometimes.

Many people who delve into spiritual and energy healing modalities make the same basic mistakes in perceiving the process of shifting.

Largely this happens because they aren’t armed with accurate info, and then they write the tool, process or modality off as NOT having worked with them.

A core difference between energy healing and traditional psychotherapy is that energy healing practitioners are not laboring under misconceptions like ‘it’s bad to have emotional outbursts’ or that ‘you’re moody’ – in the world of energy healing, being moody is a sign of emotional balance: you can move through your moods and emotions and come out balanced.

The idea that everything has to be better, neutral or euphoric straight away is an archaic artifact of the very ineffective techniques ‘medicine’ tries to apply to understanding the human and spiritual condition.

The point of healing and balance is to enable you to move through your emotional range effectively so that you can function regardless of what life throws at you. Medicine and society have just spent so much time telling you that emotion is bad, and giving you ways to ignore or force it down, that you’ve actually forgotten how your natural processes work.

When a child is in pain it cries. When the pain stops, the child stops crying and carries on like nothing was wrong. That natural mechanism is inherent in all of us from birth – societal conditioning has taught you to ignore your emotional needs over time though.

Once you start applying and understanding how shift cycles work, you will begin to see that your impatience for immediate results, and unwillingness to face your emotional ups and downs, is actually the single biggest thing has been holding you back from massive surges in your growth.

You either shift up or down

There are one of two basic shifting processes: you either shift up or down.

What this means in a nutshell is that you can choose go to up by transcending the issue or you can move down by going through the emotions and drama and thoughts.

The difference between the two processes is that when you shift up or transcend, you are lifted up out of the emotional chaos and the situation, and often forgive and release it.

When you choose to go down and through, your system will use the natural mechanisms available to you - inner voice, memory, emotion, feeling and intuition, in combination with your chakras and meridian system – to move the emotion through your body, processing all the way down to the rock bottom point of the shift.

If you’ve ever experienced someone, say a drug addict or alcoholic, all of sudden turning around overnight and getting a whole new lease on life after hitting rock bottom, then you’ve seen a down and through shift in action.

If you’ve experienced one yourself, you’ll remember that literally in an instant, you thought a thought that was most likely negative, e.g. I will NEVER matter or be able to make a difference, and it was the most liberating thought you’ve ever thought. It was also likely followed by a wave of pure bliss as you just accepted this rock bottom truth and it freed you.

Transcending with Revelations or aha moments

The way that most people transcend a situation is by having a single thought of awareness that completely changes the perspective of how they see the situation.

In secular terms this is often called an ‘aha moment’ and these are the holy grail of healing and coaching – the thought that allows you to live your new reality consciously and with awareness.

A Course in Miracles calls these moments ‘moments of revelation’: moments in which the Holy Spirit is able to reach your mind directly and offer a thought that raises your entire level of vibration.

Transcending with aha moments are the shifts we love to talk about and remember, because they feel really good when they happen. Down and through shifts are hardly ever mentioned except when people remind you that it’s darkest before the dawn.

You can and will purge during shifts

Often when you shift, you purge on some level: physically, mentally, emotionally or spiritually.

Physical purges are quite common and can last up to THREE WEEKS after a shift. Three weeks is the minimum amount of time you should allow for integration of a specific shift before you test whether or not it’s worked. Yes, really: three whole weeks, to the minute and hour when your actual session ended or the breakthrough happened.

Physical purges include your tummy bubbling, burping, farting, frequent urination and a need to empty your bowels, and in some cases you might land up throwing up or having a runny tummy if it’s an extreme shift. I’ve also seen people have sneezing fits, hiccough attacks and itching as stuff leaves your system via perspiration. Your period can be heavier as well and you may be dehydrated or craving certain foods.

The same thing happens on a mental, emotional and spiritual level.

The mental and emotional purges are the same process that takes place when you go down and through: the memories and feelings leave your system by cycling through your mind and emotional core. Sometimes this happens in dreams too.

The emotions and memories aren’t being rehashed and brought back as you think, you’re thinking them because they are releasing from where they were hidden in your body and are now leaving your system permanently.

A second common mistake that people make here is rejecting the thoughts because ‘they’ve dealt with this before!’

However, a few weeks or months later, your system will be ready to release the next layer – usually a deeper and more painful layer.

What you’re seeing when ideas, memories, beliefs, statements, thoughts and people are coming up over and over again is the next layer of stuff that your new level of consciousness enables you to be ready to release.

For the lightworkers that are having big downloads right now, it’s also worth noting that all the new cosmic information coming through for the Age of Aquarius is being shown in recursions of your own personal stuff.

So the reason you can’t transcend right now is that by going on a down and through cycle you unpack all the DETAILS of the shift. In those details lie the many, many pieces of information that you need to piece together the Age of Aquarius.

So basically, the universe is forcing you to go down and through so that you get the information and anchor it into the morphic field. There won’t be many lessons that happen via transcendence during the global shift period.

The last thing you need to understand about shifts is the actual cycle that takes place over a period of time.

In most cases, the cycle lasts about three weeks per shift, from the moment of the session or awareness to the point where you begin operating from that level.

One thing worth noting is that you can have a number of big or small aha moments in the three-week period as the new way of being settles into your system.

A down and through shifting cycle

Christianity and the other religions did us no favours by putting healing into the hands of medicine, introducing priests and pastors as intermediaries to God and labeling the practices of the older and Mother Earth-based faiths as Satanic.

Every layer that is between you and understanding what is happening inside you makes you that much more powerless and puts you at the whim of people who would control you – for no other reason than they want your money.

When you are armed with effective knowledge and understanding of how healing works, it becomes really easy to apply it to yourself, which puts the power firmly back into your hands.

If you truly wish to surge your spiritual journey, learn as many of the healing basic mechanisms and tools as you can. The more you can do on your own, the less you are at the whim of those around you.

Life Coaches Toolbox offers over 100 free energy healing resources that you can use at no charge and with no account: http://lifecoachestoolbox.com/index.php/free-diagnostics-tools