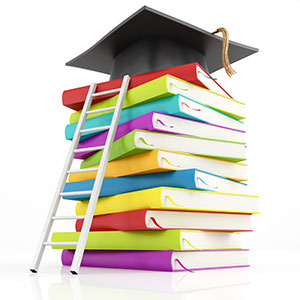 Reshimot: When you feel like a whole different person after a lesson

We’re all pretty much in the same place - confused about the future and what to do, wondering what comes next, what we should do for survival… and these questions are floating around and around and around.

We don’t want the 3D world or to have those kinds of lives… but we can’t exactly see the lives we do want because they don’t really exist yet.

So there’s this push-pull conflict going on.

Still no clarity on future plans…. and possibly a bit more confusion

One of the reasons that this feels like forever is reshimot - pulling down a spiritual lifetime.

In the natural order of things, each lifetime is assigned to one reshimo, so most people get at least one in a lifetime.

For spiritual seekers like us though, we tend to do multiple reshimot a year. Why does this matter and what does have to do with waiting I hear you ask?

If you can recall a reshimo or two in your life, one of the things you’ll notice is that there is a clear division and separation between life before the reshimo and life after - like you’ve lived multiple distinct lives.

In a way this is actually what’s happened - completing the reshimot means that you have completed the minimum amount of growth of learning you were meant to achieve in this lifetime, and now you’re onto the next lifetime.

When you start this "new life”, there’s always at least a slight sense of “I haven’t lived before” or “Nothing has ever happened for or to me”.

And actually, this is true too - because your soul sees the experiences that happened prior to the reshimo as having had happened in another lifetime.

One of the ways you’ll notice this is if you’ve previously shifted something huge, like a trauma of some sort, including stuff like abuse and rape, and someone speaks about something similar and you think: “Oh yes that happened to me in the past too.”

LOL - if you hadn’t had a release at that level, I promise you it’s possible. In fact it’s easily doable. You can honestly release stuff to a point where you COMPLETELY FORGET that that ever happened to you.

When you look back at an event like that there’s a sense of distance that you feel from the event - almost like “it didn’t happen to me”. With some of them you’ll look back and go “Wow - did that really happen to ME? Was I really THAT person?”

We tend to notice this with shock and trauma events, because we remember them in such detail, and it seems unlikely we’ll get past that pain and trauma.

However, what you tend to glass over and not notice is that this happens with normal events too.

Try this out: think back on your life in 2012 - your normal day to day life. For me, I owned a marketing company and was VERY focused on making money and building business success. I was a workaholic.

Fast forward five years later, and I’m a hippie - living a completely different life. Different clothes, different lifestyle, different appearance…. and I could never imagine going back to that life at all. It seems so weird to think that I was one of those people in fact.

And with the amount of reshimot I get (which is a lot), for me it only really feels like my life started around end May this year… well actually more like somewhere in August. Remembering stuff prior to August is a strain - like I can barely remember the house I lived in for ten years until May of this year.

Whether or not you’re aware of it, this is happening to you too - it happens to all of us when we cross a reshimo barrier.

It’s worth being aware of, because it is one of the big reasons that you’re feeling so frustrated at the moment…. since this “life” started (since your last reshimo), very little has happened to you - if anything at all.

Basically all of us (read THE WHOLE WORLD) have dropped a reshimo since April of this year - many of us have dropped multiple.

So, for pretty much all of us, it feels like nothing has really happened in our lives, because our new “lives” only started sometime this year.

Feeling READY is another pattern in itself…

The best example of this I can give is when you have one of those insights where you know what you’re destined for or where you’re heading.

So you’ll get a message like “I’m a lightworker” or “I’m a prophet” and you think it means you’ve reached that level already - but actually it’s you crossing the barrier to start the process to become that… free will means you have to AGREE to be something first.

You can blame instant gratification and miracle quick fixes for this thinking, but it also trips you up and makes you feel ready to soon, i.e. before you’re actually ready.

LOL… the upside of this is that you only actually ever do something properly when you’re learning it - we call that experience - so being ready to soon gives you the balls to jump in and get the experience you need to be ready.

You’re only ever really READY for something when you’ve done it completely and you know how it will play out - so at the end, when you look back in retrospect.

Right now though, on top of a heavy morphic field of people’s personal pain and anxiety, and the frustration of your own money challenges, which is exacerbating the heaviness in the field around you…. right now you’re also stuck in this push pull effect of feeling ready because you’ve committed to the process ahead of us, so you want it to move now, and feeling like “nothing good has happened to/moved for you for AS LONG AS YOU CAN REMEMBER”, because you’ve had reshimot that have rebooted your spiritual life cycle.

So it honestly feels like we’ve been "stuck here forever" at moments.

For me, I see life with karmic cycles, so I have a different sense of time which makes it easier to look back over five months and say it’s a short period of time…. but stuck inside the ego barrier, where most people still are, that five months seems ridiculously long.

That sense of time and lifetimes adjustment is one of the ways it gets easier to tolerate challenges as you go higher up the ladder. Seeing the karmic and cosmic stuff gives time a different perspective.

You’ll also understand this if you’ve broken out of regular patterns and schedules and live on a more organic timeline - you don’t think in days, weekends, weeks, months and years anymore. The system is built to get you thinking in those units and so you land up living in those units of time.

Heard from quite a few people they’ve had wobblies about the what to do next stuff as well - especially around money. Personally I had a teeny wobbly in the car about it yesterday morning - and by an hour after I got home, a couple of tiny things had moved. In an obvious “We are here with you and haven’t forgotten you” kind of way.

In a nutshell, most people I’ve chatted to are in the “I don’t know what to do with my future, but it isn’t what I’ve been doing in the past. Something must change.” stage of the game….

We don’t want the 3D world, or anything that’s in it really, but we have no idea what the world we want looks like. It just doesn’t exist yet.

We can’t stomach the idea of the world the way it stands now - and many of us have been seeing the ugliness of the world.

Also period cycles went wonky and loads of us started periods over this full moon just past…. and that didn’t help matters either lol

Answers and ideas are slowly starting to come through, but “the idea” hasn’t landed yet. Just because an idea is good, it doesn’t mean you resonate with it…. you can’t fake chemistry LOL ;)

So the answer right now is the same one you don’t want to hear…. WAIT. Not yet.

We may be ready, but others may not yet be. And you have to admit, we’re pretty infamous for being ahead of the curve and being ready too early… LOL

There’s usually a natural lull in the world around the holiday season before stuff starts up in the new year again - and if stuff only moves again in the new year, you’re going to work yourself into a tizz and land up feeling anxious and scared during the time allocated for you to rest.

Stuff isn’t moving right now… but only because there’s a contrast of stuff working previously. Eventually stuff always moves… regardless of how stuck you’ve felt in the past, it’s always eventually moved.

This will be no different.

So we have to ride it out… but we can choose not to be anxious in the moment about it. That’s the freedom ego mitigation gives you.

I may be rambling more than usual in this post ;) I’m taking my own advice and getting some rest too.