Spiritual Jargon that will greatly simplify your journey 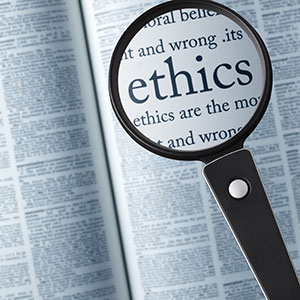 This list of spiritual jargon and terminology will give you vocabulary for common spiritual experiences that you don’t necessarily have words for, greatly simplifying your journey over time.

Half the difficulty with a journey like spirituality is that it’s so uncommon that we don’t have easily accessible language for similar experiences.

The following list of terms will help you clarify and codify certain concepts so that you can more effectively communicate your spiritual experience. The simpler clarifications will also help you surge into a new level.

For an even higher surge up the Human Consciousness Scale, read all the terminology in the High & Low Energy Power Patterns on this page: http://lifecoachestoolbox.com/index.php/the-human-consciousness-scale

You assume that people see the same ‘thing’ that you do in front of you, but the truth is that we learn a system of codification when we enter the world.

Someone points to that spot at the end of their face and says the word ‘nose’. So our brain stores or encodes (codifies) the element we are seeing and correlates it to the word ‘nose’.

But you actually have no way of looking out through that person’s eyes, with that person’s brain, and seeing what they are actually seeing. You’ve just agreed, through language, that that element is a nose, and you use that ‘abbreviation’ (word), when you attempt to communicate, or ‘share’ your experience.

Likewise, you have also ‘assigned’ the picture you see or sound you hear to that word. So even if I saw the world like cartoons and you saw it Picasso style, we would both still have the same internal reference points inside us whenever we saw a variation of that thing.

So I see my visual codification and assign it to the shared concept, regardless of the context I see it in.

When your brain twitches because of conflicting ideas and thoughts – that’s cognitive dissonance.

Basically cognitive dissonance is when what you are experiencing – thinking, seeing, hearing, tasting, smelling, feeling – conflicts with a preexisting belief or what you see in the world around you.

Say you carried a belief like people can’t change, and you ran into someone you knew many years ago, who is clearly now a very different person.

Your cognitive dissonance can cause you to react in multiple ways:

There are a number of ways you can react to the cognitive dissonance, but what’s important is that the dissonance will often cause you to find a way to reinforce and prove your held belief.

When you learn a lesson in personal and spiritual development, you often learn it in layers over a number of years. If you paid attention to the patterns, you’d notice that you often learn the opposites of those lessons in between.

What actually happens is that you are completely immersed in one experience, say faith, so that you can experience it completely. Then you move across the scale to a duality, say doubt.

In order to fully experience doubt you must be immersed in it – if you experienced both doubt and faith at the same time they’d just cancel each other out or one would repeatedly win as a behavior, so you experience them individually, separated by time.

Duality scales can be made of conflicts, contrasts, complements and dualities. So for faith, dualities could include:

Ego is the concept that you are a separated soul that exists, instead of a piece of a larger soul or all-that-is.

Ego is the tool that enables us to break a larger soul into smaller, individuated pieces that have a complete identity. So it’s the mechanism of creation.

Basically Ego is the idea or thought that you exist, as the person you are, with your identity, and that you are separated from other beings and souls. At the highest levels, it even extends to believing your body exists.

The identity of Ego on this plane extends to the level of soul, and feeds karma: the idea that one soul identity can owe another soul identity some form of compensation for a perceived wrong that was perpetrated. Ego is therefore the mechanism that keeps you trapped in the karmic cycle.

Ego responses and emotions (what humans call Ego), is anything that makes you feel inferior or superior to the person or situation in front of you. Arrogance is a great example – you feel inadequate, vulnerable or insecure around someone else, and you project that out onto them by calling them arrogant.

The only other option would be to take responsibility for feeling inadequate, which would require you to feel that emotion. That’s what we mean by mitigating Ego, overcoming the vulnerability that exists and is elicited inside you.

THE 6Ps OF EGO

The Morphic or Holographic Field is the Internet of all knowledge and our bodies are devices that can upload and download information in that field.

First discovered in the 1960s, understanding of this field has led to modalities like kinesiology and BodyTalk, and the development of the Human Consciousness Scale.

Read more about the field at http://lifecoachestoolbox.com/index.php/the-human-consciousness-scale

The Morphic Field contains all knowledge and is where intuitive and psychic knowledge comes from and is how we are all impacted and connected energetically. The field contains karma, life and death, and the process of consciousness is taking over control of the things the field usually manages for you, everything from breathing to forgiveness to manifestation to healing.

Once a certain amount of people in the field know certain information, for example, everyone in the field has access to it, or can learn it easily. This is known as critical mass or the Maharishi Effect.

The field can also be manipulated, as shown in experiments conducted by the FBI, in which groups of people where called to pray and meditate peace in urban areas. During the time they spent in prayer and meditation, all crimes in the region dropped by up to 100%. This was repeated in various locations around the world, with the same results.

When someone can’t see you’re smarter than they are? Paradigm blindness.

Because of the identity of Ego that we have adopted, we see the world from our own internal point of view, assigning how we feel onto others, believing they must see and experience things in the same way we do.

However, what this also means is that we can only see things up to the limit of our own experience: so even if we meet someone more knowledgeable than us in an area, we can’t see it because we lack experience of what ‘more knowledgeable’ looks like.

We effectively have no internal pictures and memories to reference it against for understanding, and the most knowledgeable person we’ve therefore met is ourself. This makes us the clear authority.

Paradigm blindness is why you cannot help people when they don’t want to be helped and why they fight so hard against ideas when you want to introduce them.

To take an extreme, but very valid example, let’s talk shamanic work for a minute.

For experienced journeyers, we know that exorcisms are commonplace, and that you can remove entities, demons, ETs and parasites in a clearing. You can even find and remove curses and spells.

For someone who is totally new to shamanic styles, this sounds like the stuff of fantasy of course – we’re using Angels to fight a demon and remove an entity. What, are we in Lord of the Rings?

Because the person’s only frame of reference for these words is from fiction and movies, their automatic belief system is that this is all fantasy and nonsense. That is if they even watch sci-fi and fantasy, which many already find too far-fetched.

On the flipside, a Christian will hear terms like demons and entities and believe that we are working with Satanic influences, while someone in the conspiracy world hears demons and thinks ETs, reptilians or greys.

The belief system you hold will often determine the limits of your paradigm blindness and is where most people get stuck – they’re not willing to question what they already know and believe they know.

The Ascension and enlightenment journey will actually see you flip flop completely on many issues, because you are meant to have duality lessons leading to lessons of all-that-is.

Likewise, the process of performing miracles has to come from a place where anything and everything is possible – your mind has to be able to accept ANYTHING and EVERYTHING it sees without editing or judgement in order to ALLOW the miracle to appear.

The process of flip-flopping your lessons is to teach you to accept and run with rapid and immediate change, no matter how contrary or how large the contrast.

Presuppositions are concepts that are presupposed or contained within any statement you make.

To resonate means to vibrate harmoniously. The ‘vibration you’re feeling’ and ‘sound you’re hearing’ are ‘in tune’ with you.

It really does help to think of Source energy as vibration and sound – because it is. At more advanced stages, you begin to literally ‘feel’ this with your physical senses.

When you resonate with energy you are aligned with it in such a way that it suits who you are and what you believe. It is therefore also possible to resonate with negative aspects such as anger or fear.

The label of resonance therefore is not a judgement; it’s simply a statement of alignment indicating where you are.

The whole of the creation is about reconciling the very first thought of ‘I am’.

So basically, the lessons we experience are the parts of that bigger lesson that we have agreed to play out on a smaller scale – a recursion.

Recursions are drawn from all levels of the creation story (read more at http://lifecoachestoolbox.com/index.php/the-creation-unification-story-for-lightworkers).

As we play out each recursion, we release a bit of energy that helps heal it slightly. Collectively those energies will combine to heal the entire part of that story, and it will be completed and we will be returned to All-That-Is.

Themes are the main overarching energies from the whole creation story, such as control, Ego, balance, equality, free will, control, rebellion and more. Patterns are the order that the recursions usually play out in. Patterns can also refer to the order of steps, actions and behaviors that an individual follows in a strategy, habit, belief or addiction that plays out in their lives.

An example of this may be someone who often goes back to an ex or drinking on long weekends and holidays. They go home, engage in the same behaviors, and land up lonely. Then the pattern urges them to do what they have done previously – go drinking or reach to an ex.

If you haven’t had much practice, you’re going to find you land up using the term ‘stuff’ a lot!

It’s cool – because stuff is technically spiritual jargon lol. But here a few more filler words to help you: