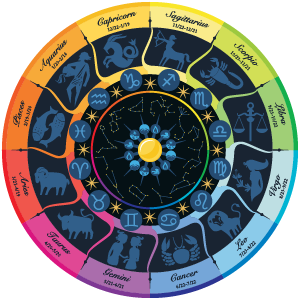 With a tendency to charge headfirst into situations – especially those that are not their business – Brats seem to land themselves in hot water regularly.

A voracious sexual appetite, and a tendency to sulk and want revenge means that Brats are also prone to wandering sexually, especially after a nasty fight.

Somewhat clumsy partners and people, Brats have a tendency to make a big mess and an even bigger noise, regardless of what it is they are likely to be doing.

These possessive, fiery and passionate lovers seem selfish, but they often care deeply about the needs and feelings of their partners, and can be devastated if they sense their primary romantic interest is disappointed in them. You can be sure you’ll be covered by lots of coy butterfly kisses after an altercation with your, by now recalcitrant, little Brat.

Possessive, demanding and stubborn, Owner-types are like raging bulls when they feel that the safety of their favourite possession, aka their primary love interest, is threatened.

They may seem docile as cows at first, but you can rest assured that Owners will trample anyone who gets between them and the possession they most dearly cherish.

Owners are no less the raging bull when it comes to romance itself, charging in and falling head over heels in love immediately – and then breaking everything in sight if their fierce and intense passion is not deemed to be adequately returned.

Luckily this fiery passion extends to the bedroom, where the Owner makes sure to let his or her possession know that they are owned, love and cherished – and that they will always belong, even if they have stalked and kidnapped. Owners are stubborn that way you know.

Never quite sure where he (or she?) stands, the Switch seems to sit on the fence in almost every area of life.

Often accused of being flaky or hypocritical, and regularly misunderstood, Switches are pretty easily turned on – and they can be turned off just as quickly. Snap! And just like that, your Switch has left you alone in the dark.

With a tendency to agonise over even the simplest decisions, Switches often find themselves caught up in love triangles as a result of their inability to make up their mind. Switches are also often guilty of revisiting old pastures, never quite sure of their decision to end any major relationship.

Nothing feeds a Masochist’s most basic desires more than to cry huge tears over their physical, emotional, mental, spiritual or psychic pain.

You can believe every tear is most heartfelt and truly meant, as these painsluts literally thrive on their emotional pain and trauma. Tragedy is mother’s milk to them.

A tendency to go overboard rears its head for most Masochists once a month. It’s just like they lose the plot and any one in their vicinity had better stay out of their way, or be armed with a lot of chocolate.

Somewhat overly emotional beings who guard their feelings deeply, Masochists are sensitive souls who love to express themselves artistically and fall deeply when they do finally open their wounded and broken heart to someone – often only to have it broken all over again.

The Dom or Domme

Determined and forceful, the Dom tends to push his or her agenda relentlessly, demanding centre stage and that all the attention be layered onto him and him alone – by everyone in the vicinity.

In a perfect Dom world, everyone would empty their bank accounts and drop their panties every time he walked into the room.

Usually passionate and sexy lovers, many more arrogant Dommes have no issue using their talents and gifts for personal financial gain.

Quick to complain when they are not the centre of everything, most Doms can luckily easily be soothed by a few flattering and empty platitudes – especially when those compliments laud the Dom’s obvious sexual prowess.

Nobody can ever please his or her Master (or Mistress) better than the Slave – they are the only ones that are trained and equipped to do the job perfectly.

Quick to point out your faults, and their Master’s likes and dislikes, Slaves are often deluded enough to believe that everyone should share their deference towards their Mistress, and can be very disappointed when their rose-coloured view of the world is tainted.

Always aware (and making everyone else aware) of their absolute purity and perfection, Slaves have a tendency to believe that they are the most knowledgeable on every topic they engage in, and they always seem to carry a healthy stash of pills, first aid supplies and sweets with them – because you never know when you have to be prepared.

The everyone-deserves-to-be-loved-equally Pansexuals truly believe that everyone is born equal, deserves to be treated equally and deserves equal access to the fruits of their own particular pleasures.

And so Pansexuals often set out to ensure that as many people as possible are able to taste those particular fruits.

It certainly opens up the playing field when you’re able to date anyone that is interested, and Pansexuals have usually mastered the art of creating win-win-win-win situations for everyone concerned.

Spicy and passionate lovers who are usually concerned with their partner’s needs, Pansexuals are usually well versed in the international languages of love, and often aren’t afraid to ply their trade whenever they have the opportunity.

The mean sting of the Sadist is often felt by those who want to feel it – and those who don’t. Sadists are often clear about their desires, and they don’t usually care who they have to hurt in the process of obtaining those desires.

Sadists love to spend hours concocting the most devious plans of torture and pain that they’ll inflict on those they hate and those they love.

Cold and calculating, vicious, scorpion-like Sadists are only truly happy when they have someone squirming, bleeding or screaming under their instruments of torture. Sadists would feel very at home as torturers in the Dark Ages or Inquisition.

Always seeking greener pastures and fresh shores, the Polyamorist tends to be the best travelled of the signs, racking up many miles on their bicycle. Their passport carries regular stamps from the Mile High Club as well.

Polyamorists love to share their knowledge and understanding with the world, and will be quick to pin you down for a conversation entitled ‘Polyamory is the next evolution,’ which you’d be advised to avoid – Polyamorists tend a bit towards bible-bashing techniques in this regard.

The Dungeon Master (or Mistress)

The natural policemen, judges and juries of the world, Dungeon Masters and Mistresses love to create and enforce the rules in communities and environments.

You’ll usually find Dungeon Masters vying for a position of power on most committees – and making sure everyone knows about the committees they have achieved positions of power on. No one ever accused a Dungeon Mistress of being quiet or minding their own business.

With a tendency to charge in, horns first, to any situation that crosses their ever-fluctuating internal moral rule system, Dungeon Masters will make sure you know the minute you’ve broken a rule, and will make sure that you never get a chance to do it again.

The Master or Mistress

No one can ever tell them how it’s done, because the Master or Mistress always knows best – and they aren’t afraid to enforce the rule of law in their domain.

With a veritable laundry list of demands and desires, Masters and Mistresses will do damage to those who don’t comply and bend to their will. And heaven help you if you’ve had a warning issued in your direction before – the consequences could be severe.

With a tendency to be a little know-it-all when comes to the arts of love and related matters, many Masters and Mistresses find themselves limited to the audience of captive followers that they’ve built around them. This suits them perfectly though, because really the world should only be populated by people who know and follow the rules perfectly. Every. Single. Time.

Or there will be consequences.

The daydreamers and believers of the zodiac, Little Ones are the real babies of the signs – and they would love to be waited on hand and foot by everyone around them.

You can’t exactly call them lazy, but if it involves getting off the couch, then Little Ones would rather do it tomorrow – or never at all.

Happy with routine and familiarity, Little Ones love structure and focused attention, and tend to throw an enormous fuss when they feel their needs aren’t being met.

Little Ones are always happy to hand over responsibility and workload – or hit and bite you if they feel you might taking their favourite toy or their share of ice cream.