Why Caitlyn Jenner deserves to be Woman of the Decade 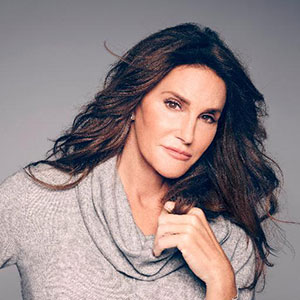 People are making a massive fuss about Caitlyn Jenner and the award for Woman of the Year in social media and online.

Here are the reasons I think she deserves the title – and a hearty round of applause.

You have to give the Kardashians credit – they have pioneered paths in so many, many diverse areas in the space of a few short years.

Little compares to the voice that they’ve given the LGBTQ community lately though, and the awareness they’ve brought to the cause.

In 1954, athlete Roger Bannister broke what was considered a physical barrier impossible for humans to break: the four-minute mile.

Up until 1954, it was considered impossible for any man to break the four-minute mile boundary, but fast forward just 61 years later and it’s so commonplace for men to achieve a four-minute mile, that it’s now considered a standard among professional middle distance runners.

When a human being transcends a boundary, what they do is enable the possibility that others can do it – it’s almost like they unlock the ability on the energetic level for other people. Theories like morphic resonance and critical mass support the idea: if the population will come to know the information because it exists in the energetic field (morphic resonance), then it stands to reason that an individual obtaining the knowledge or experience will make it available to the rest of the population on the energetic level.

When pioneers step forward in the world, usually we love and revere them – or so we think. Truth is we love and revere the few who make it through the barriers to achieve success in their own way, and only once they’ve achieved success do we celebrate them for their rebellious nature. While they’re on the way to success though, we treat people with rebellious natures as if they are outcasts, because in our society there are few greater sins than stepping outside of the norm or breaking convention.

When someone like Caitlyn Jenner steps forward, and publicly shares her experience and struggle, facing her fears and the judgement of the world, she makes it easier for transsexuals everywhere to step forward and speak their truth.

I don’t know about you, but I am really sick and tired of living in a world where I am constantly judged by people who can’t be bothered to take the time and effort to find out for five minutes who I am and what I’m about. So I’m going to change that by stopping my judgement of other people – and I challenge you to do that too, starting with Caitlyn Jenner.

Let’s celebrate a beautiful and brave soul, who has chosen a life path and journey of judgement and ridicule and hiding her truth, and honor her for the path to freedom she is blazing for so many millions of trans people around the world, all of whom have not had the opportunity to live their truth.

Because of what Caitlyn Jenner has done, so many beautiful young men and women will have the strength and freedom to step forward and be completely who they are, without judgement or ridicule – at least one day in the future.

So in my opinion she should be Woman of the Decade.

The LGBTQ community takes enough flack for choosing to be who they are and living their truth – and from what I have seen, many of these people are having extremely spiritual journeys.

We need to stop focusing on stupid things like people’s choices about identity and start focusing on the real stuff.

If you want to be accepted, accept.

If you want to be loved, love.

If you want people to stop judging you and see the beauty that truly lies within you, then do the same for them.

Caitlyn Jenner, you are welcome in my home any night of the week, with love and gratitude and open arms. You are a beautiful soul and I honor you for the huge role you play in freeing the minds of the world.

Read this on News24