A simple analogy to understand ego, with 7Ps of ego questions 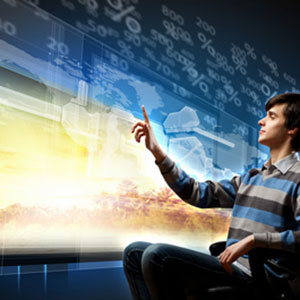 A simple analogy to understand Ego, with 7Ps of Ego questions

Today we’re looking at the basics of how Ego works.

We speak a lot about Ego reactions, responses and emotions, but they key point that everyone misses for the longest while, is the following:

Ego is the mechanism of separation.

So Ego in its base form, is a mechanism that exists in the morphic field and cosmos, to take larger pieces of soul energy and break it into smaller, but complete, pieces, with their own identity.

Ego caused the first I AM split - and so basically, Ego is THE mechanism of creation.

No ego = no creation.

So, just with that understanding, we can understand that, at the highest levels, i.e. God and I AM, there is at least one DEGREE of separation that exists to create the IDENTITY that we engage with - the identity that turns this blob of soul energy into a being we interact with.

So the LOWEST level of Ego is to have one degree of Ego separation - and this is the BELIEF that your identity exists.

If you got rid of that BELIEF that I EXIST, then you would cease to exist and be reintegrated into ALL-THAT-IS.

So even God has a point of Ego that creates the identity we know as God - so it’s IMPOSSIBLE to completely get rid of Ego, because you will cease to exist.

At the next level we have the Gods themselves - and these have more than one degree of separation:

A goddess of love could have...

So we talk about masks in Ego - this is a good way to understand it.

The first degree of separation creates her identity.

The next degrees of separation each take her soul energy and break it into smaller SHADOW versions of herself, that line up between her and God.

So you get that picture right…. she’s standing there and there are these translucent repeats of herself around her - almost like they like to show how drunk people see in movies.

Each of these forms a layer through which she sees everything - including God. And because each takes up a certain amount of space, it creates a certain value of distance between her and God, because “nothing” is NOT POSSIBLE in the cosmos.

So say the Goddess has a revelation where she suddenly realizes that her dreams will never be fulfilled.

That will remove 8 & 9 immediately, as well as 7, because these aspects are now realized and have come true. Also 6 will be gone because now she is sure people will be hurt, 5 will possibly be even stronger, making her a wrathful Goddess.

This is interesting to note…. because her identity was around romantic love, and her belief in the possibility of it was released, her only real identity is anger at how the aspect is misused by beings. She has very little, if any, positive Ego orientation defining her identity, so her identity becomes one of wrath and vengeance.

This is why “dark” souls are often considered high level and how they “turn” dark. Often it happens because they progress to a certain level and then get stuck on an Ego trap, like special relationships for example. Or fame, or power, or believing they are God.

4, the judgement is something that could stay in place, reinforcing the new identity. 3 could also stay in place as she becomes a guardian of those who still have hope for love. Interestingly, this would make HOPE for love a new mirror for her (10).

So she has left - identity, attachment to a plane, possessiveness (now driven by how rare and special they are*), anger and judgement. You could also say she has fear for her believers, but inspired by new beliefs. So now it’s:

She’s closer to God, because there are LESS layers, but her entire identity has been revised by one single belief system change - and that’s an experience most of us have been through.

So there are lots of layers when you start getting to beings like us the cosmos - we probably have Ego values of 10,000. Humans - the ones who drive us nuts - are going to have Ego values in the ranges of 1-Million.

They’re basically mini energetic versions of yourself that people see INSTEAD of seeing you. They are your masks.

So when you carry an Ego mirror of being jealous about something, you also wear a mask of “I don’t care.”

The source for your pain is the fact that you’re jealous - the response you show to the mirror is driven by pride, shame, embarrassment, humiliation, doubt, lack of self worth, fear, resistance, inferiority, sadness… you get the picture.

Each of those is another degree of separation.

So for example, it’s your childhood, trauma experiences that have happened, active memories, things you learned by being around your folks, your religious beliefs, the morphic field, your karma from past lives, your soul mission, the pieces of info you brought inside you for the mission (mission programming), your dreams, how you’ve handled loss and sacrifice, your Ego desires and expectations, how quickly you drop personalization… and on and on and on.

Each of these combine to form each aspect - how you show and feel and experience fear, anger, shame, humiliation, judgement, doubt, resistance, etc, etc, etc.

This is why there are SO MANY layers when we help someone shift - and why it feels like such slow going at first.

So yes we do this massive release on you where you realize your expectations are the problem - but that’s often not the ONLY experience holding that aspect in place in your life. So we have many layers to go through before you start seeing the kind of results you want.

Each degree of separation is a part of you that you have not integrated into yourself - accepted in other words.

You see God and the world through each of these, or you only display one or two at a time - masks.

This makes each experience completely unique.

One simple belief change has the power to change your entire identity.

You will ALWAYS have something to learn - God actually has more than ONE DEGREE of separation - there are at least FOUR I’ve identified so far.

And that’s not even at God level - that’s at I AM level. I AM has FOUR DEGREES OF Ego SEPARATION. Not giving these up quickly…. curious to hear what you think they are first ;) Come on - show me how much you’ve learned lol

Each degree of separation is a part of yourself that, when reconciled into you, moves you closer to God and those around you.

THEREFORE you have ALL the power you need to bring yourself closer to anything, including others and God. And everything that exists to be healed, only exists inside you.

Ego creates separation - so look for the ways you are SEPARATED from the people and experiences around you. That’s where your answers lie.

Talk to someone, share and be as honest as possible.

Privacy is the ultimate form of separation - and it’s always within your control to change immediately.

Privacy is driven by shame, fear, embarrassment, humiliation, doubt, lack of self worth, insecurity and inferiority, among others.

Name why you’re ashamed, scared, embarrassed etc - name it out loud. This will break privacy and make this easier to deal with.

THE 7Ps OF EGO

Questions to ask yourself in each of these categories:

These questions and categories can be applied and asked from ANYONE in the situation’s point of view…. and they’re very revealing.

A nice way to use this is list the statements on a single page and see the whole picture, or to answer for both parties and then compare the answers, looking for dualities (polarities, conflicts, contrasts and complements).