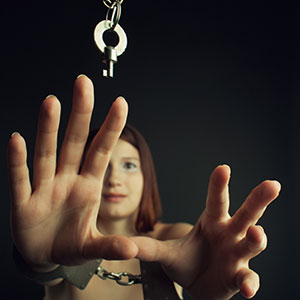 How does manifesting money and things make you depressed over the long term?

Around the world, people are depressed. Current international suicide rates stand at 16 people per 100,000 population, or to put that in easier terms: around the world someone commits suicide every 40 seconds.

So, between starting to read this article and reaching this point, two people have died by suicide already.

It’s not difficult to see the link between money worries and depression and suicide rates. Like the Great Depression era, modern suicide rates are rising as people succumb to their money woes.

A study by the Robert Wood Johnson Foundation shows that suicides linked directly to financial issues rose by 5% between 2005 and 2010.

The same study showed a dramatic increase in suffocation-related suicides over the same period, most notably up by nearly 60% among middle-aged people. This is significant because suffocation is most often used in suicides arising from job, economic and legal problems.

Read more about this at http://www.medicaldaily.com/rising-suicide-rates-among-middle-aged-people-explained-suffocation-method-finances-323704

So what is it about money – making money, securing your future and manifesting money – that seems to make so many people so unhappy and depressed?

Your desires and needs are important

If I use a term like ‘spoiled brat’, you’ll know exactly what I’m talking about – an entitled, self-important person who’s had everything come easy in life, and expects everything to be handed to them going forward.

When you start a manifesting exercise, this is exactly what you’re teaching yourself to do: focus on your wants and desires to the exclusion of everything around you. Because that’s the golden rule of manifesting isn’t it? The more mental focus you put into it, the quicker and bigger your results will be.

But the more self-focused and self involved you become, the less focus you place on people and things around you, and the less compassion you show towards others, creating a knock-on effect that starts to erode the relationships and connections you have. This is a core problem for many workaholics – they prioritize their need for work satisfaction above their partner or family’s need for time and attention.

As your relationships and connections shift and change because people are responding differently, it’s easy to feel isolated, alone, unwanted, abandoned and rejected – all common emotions experienced during depression.

We truly live in an instant gratification, quick-fix society, and our patience and tolerance levels are almost non-existent in most cases.

As a result, when we experience delays in our manifestation work, we often experience this as denial. This happens way more quickly than you think, sometimes as quickly as within a week.

So we get downhearted, but at first we bounce back quickly. After the second or third or fourth time you feel sad though, you start to think that maybe you aren’t going to get your desire after all. You start to wonder if maybe the universe doesn’t want you to have it, and then you start to question if your needs are important.

This is a very dangerous tipping point to be at, because you’ve spent all this time building yourself up to believe that your needs matter, so when the contrasting emotion hits you it feels like you’ve been run over by a steamroller. It’s literally one of those sucker punch emotions that throws you right back down into the spiral of depression.

Once you’ve reached your absolute limit of patience, you are definitely going to declare your manifesting a disaster and a denial, and that means failure.

And so you rack up a few more failures, and with each subsequent experience your self-esteem gets broken down more and more, and you give up sooner and more easily, because you begin to EXPECT and ACCEPT that you are a failure.

I’m sure I don’t need to explain what it does to you internally when all you think is that you are a failure.

Every now and again something clicks into place and you get it right – you manifest the desire you’ve set your heart on.

It rarely ever feels great though; most often the big experiences and events go by in a blur and are totally anticlimactic. You build up towards a day, working, planning, hoping, dreaming, and then it happens – and it’s hardly ever as good as what you thought it would be.

The problem here is that you have invested your hopes, dreams, happiness, emotion, intention and self into this – you’ve completely identified yourSELF with this. So when the experience feels wrong it becomes a personal indictment of you.

Similarly, when you’ve overinvested yourself in an event or day, there’s nothing left for you afterwards. There’s nothing to look forward to the next day and you’re left empty, alone and wanting. If you’ve ever watched Friends, Monica’s reaction the morning after her wedding is a perfect example of this.

The natural human default for this dilemma is to launch a new desire, and so that’s what we do.

Once you’ve completed a few cycles of anticlimaxes and launching desires though, you are left with a very creeping sensation that nothing you’re going to aim yourself at will ever fulfill you – and then the dreaded feeling of ‘what’s the point of all this?’ sets in.

In order to understand this aspect of ego-driven depression, it’s important to understand that ego is a natural mechanism for personal growth, and that an ego experience is actually one of a range of emotions that make you feel inferior or superior to people and situations around you.

As you are having each Ego desire experience, and succeed or fail in drawing that manifestation toward you, you are slowly mastering a small part of range of Ego emotions. It can be so small in fact, that most people don’t notice this happening in their lives. This is where the problem arises.

When you master an emotion it means that you are no longer at the whim of that emotion.

If that emotion appears, you have the resources to stop it affecting you or to manage your response, or in many cases, you won’t feel that emotion inside you at all anymore.

At first, with the negative emotions, this seems like a great thing, especially as you get a better handle on jealousy, envy, competition, arrogance and more. Over time however, the role of the mechanism is to neutralize ALL of your emotional response, including positive responses – that entire aspect of your Ego. The hope is that eventually this will bring you to a point of enlightenment.

So instead of enjoying the lack of turmoil as peace, you land up thinking there’s something wrong with you because you don’t feel (or respond) to anything.

So you create a drama or emotional crisis so that you can feel something; anything – and painful situations are so much easier to create than joyous ones.

This new layer of drama gives you something to work through and something to feel, but because you’re delving into even deeper layers of pain, the depression you experience gets worse with every round.