How to free yourself from the trap of karma 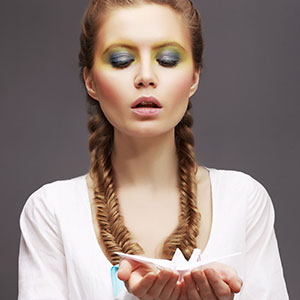 Until we redress our karmic debts, we’re doomed to be stuck on this earth plane.

How do you free yourself from the trap of karma?

Do unto others as you would have them do unto you is the basic premise of karma.

Except karma takes into account not only what you’ve done in this life and are aware of, but also what you’re done in previous lifetimes and how that impacts the souls you are engaging with.

Karma is a subtle trap, because even if you do manage to reach a point where you have redressed your outstanding karma and are only putting out good into the world, the law of karma states that that good energy you’ve put out must also be returned to you.

Effectively this means that being good is not enough to release you from the trap of karma; what you need is another mechanism entirely.

How does karma get created?

When you look at the world from the point of view of us all being one soul and one being, it’s really easy to see how a lack of forgiveness held against one person is truly held against yourself. On the flipside, when you look at each of us as individual beings, you’re engaging the ego – because ego is THE THOUGHT that we are separate from each other/God.

When Ego is engaged you experience any one of a range of emotions that either leaves you feeling superior or inferior to the other party: judgement, fear, guilt, frustration, impatience, jealousy, envy, competition, shame, humiliation, embarrassment, vulnerability, doubt, resistance, awe or admiration.

If you feel superior to the other party then everything’s hunky dory, because we’re always happy with an imbalance that sees us at the top of the heap.

However if you feel inferior in the moment, your default reaction is going to be to try and bring the person down so that you no longer feel inferior to them. While it would stand to reason that the solution would be to equal-to the person in question, most often we aim to make the other person feel inferior, because we only know ourselves as something when we see it contrast to something else. So, their inferiority makes you superior to them. This we can live with.

If Ego is the thought that we are separate, then Ego is going to fight very hard for you to hang onto that thought and the concepts of superiority and inferiority. Anything else would be suicide.

So your Ego ramps up the cycle of doubt and anger and fear and vulnerability – whatever emotions it needs to keep you trapped in a cycle of inequality and imbalance, tied to the concept that you are inferior, striving to push you to make yourself superior.

The joke though is that the only thing that is making you feel inferior to the person in front of you is the resistance from your Ego and the thoughts and feelings Ego triggers inside you. Without Ego you accept that we are all one being, one soul. If we’re all equal then there is no inferiority and no superiority of any one soul.

Your Ego is the only part of this situation that is expressing the idea that you are inferior – mitigate your Ego and the situation in question won’t cause you any pain at all. All the pain you feel in lack of forgiveness is the Ego trying to protect itself – the ego’s fear.

In A Course in Miracles we are taught that all pain is caused by separation, which mimics the pain of the original separation from God.

Whether that separation is from an idea, a thought, a concept, a person or an experience, the true pain we’re feeling is the reminder that we are separate from God. The only way to free yourself from this pain is to forgive it and release it.

Each time you forgive you release the Ego emotions affiliated to that event, and you release yourself from having to relive and resolve the issue on the karmic level. So the karmic events that would have to take place to correct the imbalance no longer need to occur.

Over time, as you forgive more and more souls, the power of your Ego diminishes incrementally, enabling you to live from a place of peace, from your own soul. With each release you will feel more peaceful, calmer, more self-assured and secure.

Once you have let go the last of your karmic debts, you will be able to achieve release and finally ascend from this earth plane.

Visit http://lifecoachestoolbox.com/newmirrors/forgive.html for a free online visual Ho'oponopono forgiveness tool you can use to help you achieve a forgiveness release.