The downside of non-attachment 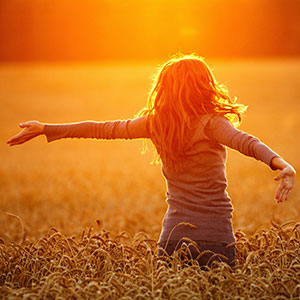 The big spiritual lessons like non-attachment and responsibility equals power are big lessons for a reason; when you get them, you really do change in a big and visible way.

From the outside, non-attachment seems like it can only be a good thing, but how can you really expect people to react when you resonate with the energy of non-attachment?

We wear masks for the people around us all the time: when you stop being attached to external approval, the need for you to wear masks starts to fall away.

Funny enough, people aren’t so fond of you when you aren’t acting and behaving exactly the way they want you to behave, or they are accustomed to you behaving. They also really don’t like it when you make decisions that don’t fit with the way they think the world should work.

When you take the need for approval out of the mix you often take away most of the hold someone has over you. People can feel this, and people don’t like feeling their opinion doesn’t matter to you. They tend to translate it into meaning that THEY don’t matter to you.

Money and other worldly stuff

This is actually the first thing you usually think of with non-attachment, because money and material possession is so important to almost everyone in the world.

The problem with not being attached to money is that you still have to live in this world. Non-attachment to money leads to real world issues like not doing your invoicing, not chasing up sales and not following up on payments. Even the coolest boss in the world still has to pay salaries every month.

Non-attachment to money will also seriously mess with your manifesting. The first rule of manifestation is if you want it, you have to think it and create it: lack of attachment to money means that you aren’t going to spend time thinking about and creating money. I mean why would you even waste the time when there are guides and angels to talk to?

Whether it’s romantic, work, platonic or familial, people expect you to have a certain level of attachment to, and need of, them in relationships.

If you’re able to segregate yourself effectively from people that you find unhealthy or don’t honestly want to be around, you’ll quickly be labeled cold and unfeeling.

Your lack of attachment effectively means that people lose the ability to guilt you into doing things and being places you don’t want to be. That lack of guilt makes you look distant and like you have no conscience at all, when chances are you have a huge conscience. You’re just selective about what affects you, and you don’t let stuff drag you down for long.

At the same time, non-attachment and living in now time means that you are really bad at staying in touch with people. So often you’re walking into a hornet’s nest of anger with someone who is seriously angry at you for never paying attention to them, when you’re just thinking it’s going to be nice to see him/her. Time and distance seem to matter so much less with non-attachment.

In romantic relationships non-attachment can look like complete disinterest: you don’t get involved in arguments because they don’t cause that emotional turmoil inside you. Likewise you’ll let the person leave without fighting for them. That’s what non-attachment is after all: life goes on. However that attitude messes with the head of someone who is trying to get you to react emotionally to prove that you love them.

This group of emotions makes up the majority of the ego-based reactions and emotions, and lack of attachment to these is truly perceived in the weirdest of ways. Most commonly, it’s seen as arrogance.

Here’s how it works: you’re participating in a conversation and the other person is battling to get their idea out. Your lack of attachment to pride means that you don’t feel shame or vulnerability about saying something wrong, so you throw an idea out there - any idea.

You do so confidently because you have no fear of being wrong. If you’re wrong, you’ll simply apologise: no harm, no foul. Otherwise, well what’s embarrassment anyway? You don’t feel that. You’ve definitely been in tighter situations than one verbal social faux pas.

It’s the same with being the first in line to do stuff: no fear of vulnerability and shame means you’ll happily be the first to try anything. Your lack of fear however means that you’re focused and present, so very often nothing does go wrong. This only adds to the mystique and enigma that already seems to surround you.

For people who don’t understand the path you’ve walked to get to that internal space though, your blasé attitude and approach to what seem insurmountable challenges for others just makes you seem arrogant and overconfident.

Your lack of fear makes your seem reckless. Your lack of arrogance and pride, which make you able to throw caution to the wind and risk humiliation, make you seem arrogant and overconfident. People find it so hard to accept that they could be less-than you, even if it’s only in their own heads, that so they project their insecurity onto you, calling you arrogant and brash and overconfident and rude.

It’s fine though, because like every muscle, non-attachment grows stronger over time. Yes, life may be more difficult at times because you’re on this path, but honestly, you’re not really all that attached to it anyway ;)