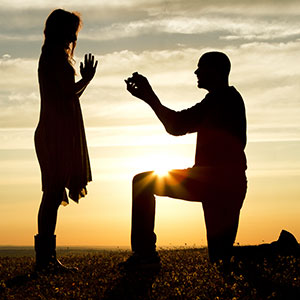 Over the past few months the concept of twin flames has been widely spoken about, but just what is the difference between a soulmate and twin flame, and why does it matter?

The reason that we have a concept like “old souls” stems from the fact that souls are born or birthed, with a fixed starting point in their developmental cycle and a trajectory of growth.

As with many of us on the earthly plane, the creation of these new souls stems from the fact that other souls have a need to express creative energy, and sometimes this expression is in the creation of new beings, or new life.

At the time you are created, your soul parents will move into an area that is typically used to birth new souls. Accordingly souls created near you, in the same geographic space, at around the same time, become your soulmates.

These are people who will belong to your regular soul grouping, and you would have gone through your soul’s infancy with these beings, growing from baby to toddler, and eventually beginning your cycles of incarnation. You’ll often share multiple lives with these beings and they will play very important roles in your life, from family to partners and close friends.

At the time of a soul’s conception, some souls will split into multiple souls – the way a single embryo splits into two to create identical twins. In essence, this is what a twin flame is: identical twins.

When the split occurs as the soul is developing, in the case of twin flames the split becomes polarized, with each twin carrying the bulk of an energy: one will masculine, the other feminine; one will be brave, the other cowardly; one will be outgoing, the other introverted. Like the yin yang though, they carry a small essence of the complementary energy within them. This is known as a duality.

You do get further sets of multiples that occur at the time of conception as well, with some souls splitting into groups as large as 50 or even hundreds, and you can see this most often in cultures where people seem to be rigidly and doggedly just following the rules without any sense of individual identity really. Often these groups of people are very easily controlled and swayed by a single ringleader that sits at the top of the heap.

Where that works in your favor is that if you can convince the ringleader, you can most often immediately create a resonance change that flows through the entire soul grouping.

How do twin flames differ?

When you meet and connect with a soulmate, you are connecting with an entity completely external to you. So you can cut cords, move the person away from you, move them out of your space, and get past them.

With a twin flame, the other entity you’re engaging with is you. This is a part of your very own soul, and anything you hold against this soul you’re holding against yourself.

This makes twin flame relationships tempestuous and fiery, because when you get unsettled or angry or irritated with your twin flame, any negative energy you direct to them you’re also directing at yourself. So this means that you have to be super-vigilant about what you’re thinking and putting out there all the time.

Likewise, you will often have to perform healing and growth work across the twin flame paring to see results, because elements of what you need to release will lie in your twin flame, and they can only be released at the same time.

The biggest distinction of a twin flame relationship is that it is a mark of spiritual development: you are no longer focusing your love outwardly; you’re directing the love towards yourself.

At its essence, a twin flame pairing is the greatest expression of self-love that you can have on this earthly plane. For that reason, these relationships tend to be scary: from the moment you meet the person you know that they matter, and it can be overwhelming, because making the relationship work with them becomes a really important area of focus for you – often more important than anything else.

Similarly, the pain of separation when the relationship doesn’t work is also very extreme, because in essence you are rejecting yourself. It doesn’t matter whether you’re the one breaking up or the one being abandoned, you will feel the hurt, because you are effectively cutting your own arms off.

About 40 percent of souls are twin flames at conception, and right now, in order to assist with the shift, a high percentage of the souls on the planet are in twin flame pairings. Sadly, many of these relationships haven’t been able to make it through the shift and a lot of people are feeling the bitter heartache of a twin flame loss.

If you’re one of those, then hang in there. This too shall pass and you can bet that the universe has contingencies in place. You will find love again and chances are your next lifetime will probably be a whole lot easier than this one has been.