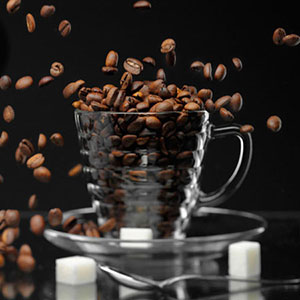 Over the past few years it’s become a bit of a tradition for me to write a how to get back into the swing of things article for January… but this year it’s different.

For many people, it doesn’t feel like we can really get back into the swing of things because it doesn’t really feel like a new beginning, and this New Year doesn’t seem to have the surge of energy and hope that a New Year usually brings.

We tend of think of stress as a vague umbrella term and we tend to focus only on major life experiences when we think about life in terms of being hard and stressful.

While 2015 certainly had its share of big life changing and global events, where it really nailed us was in the small, repeated stressors that were thrown at us – it’s almost like we didn’t have time to recover inbetween.

So what is a stressor?

In a nutshell, it’s an experience you go through, either positive or negative, that causes emotional, mental and spiritual turmoil, change and/or strain in your system, often affecting your physical health and vitality and mental wellbeing.

Stressors include death and divorce, but can also include marriage (which is rated as more stressful than a marital reconciliation FYI), pregnancy and changing homes, changing sleeping habits and routines - or even taking a vacation.

When stressors are classified, usually according to the Social Readjustment Rating Scale (SRRS) (http://www.integratedsociopsychology.net/life_changes-stress.html), each life event or experience is given a value according to the amount of stress the experience would generally cause.

How it generally works is that you’d go through the list, identify the life experiences you’ve been through in the past year, and tally up all the values so that you obtain a score for your stress level over the past year. Your final score will then tell you the likelihood of you experiencing illness and dis-ease as a result of the stressors.

If you take a minute to do the test, and accurately add up all the repeats from 2015 (like repeatedly not being able to pay bills, or multiple relocations), what you’ll likely find is that 2015 was cumulatively one of the most stressful years you’ve ever lived through – even if you did not experience any major life-altering traumas.

There are a number of free processes available on my website to help you deal with and release shock and trauma: http://bit.ly/lctshocktrauma

Another horribly detrimental effect that repeated an ongoing trauma and stressors have is that the constant beating down after you’ve gotten up eventually makes you scared to hope.

You reach a point in yourself where you forget to put stuff out there, to ask for what you want and need, because no one’s listening, no one is ever there to respond.

It really doesn’t matter who you are: if you reach out enough times and get rejected or get no response, you will eventually stop reaching out. Your relationship with the Divine and the unseen is no different.

The catch however, is that you’re not going to get anything that you don’t ask for – so you have to find hope and start asking again.

There is no order of difficulty in miracles according to A Course in Miracles, but for human beings we seem to believe that there is. When you start with small things that you see realize, it rebuilds your confidence and gives you faith to start believing in bigger results again.

Whether you were retrenched, fired, lost your business, lost your home or got divorced – for many of us it feels like we’re completely starting over, and there have been no real results for us to show from the past two or three years.

On top of feeling like a failure, many people are also dealing with ego-based emotions like shame and embarrassment as a result of their predicaments. The future feels uncertain, the economic and global outlook is not exactly brilliant, and it almost feels like what’s the point of doing this all over again – starting all over again?