Why haven’t we legalized marijuana? 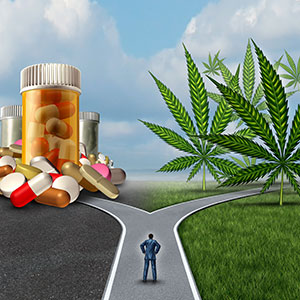 Marijuana has countless medicinal applications and its legalization would take pressure off our justice system and push a new stream of income into the economy. Not to mention the benefits of being able to grow hemp.

So why haven’t we legalized marijuana?

It’s a little bit impossible to be anywhere near the Internet and not know that around the world everyone is talking about marijuana. And like the LGBTQ movement, it’s gaining popularity and being legalized in many places.

First off, we live in a country drowning in safety and security issues, and let’s be honest, our police force is not exactly doing a stellar job.

Decriminalizing marijuana in South Africa would take pressure off our overloaded cops and our overloaded justice system. Secondly, I’ve heard estimates that as many as 50% of the South African public does now, or used to smoke weed in the past, so to be honest our cops aren’t exactly doing the best job of policing it in the first place.

The second criminal aspect that comes into play is alcohol vs. weed.

Alcohol causes more violence and issues like fetal alcohol syndrome, while weed calms you down, and makes you much easier to deal with. I’d rather have someone around me stoned than drunk any day. I’d love to see alcohol criminalized in fact.

If something is legal you can tax it, and people can run legitimate businesses.

It’s not exactly like it’s difficult to find weed in South Africa, and we pretty much all know this. We also happen to have a ridiculously high unemployment rate in this country.

Dear Mr. Zuma, you can propose as many committees and panels and 10- and 20-year plans as you want, but people are going hungry. Give people the chance to open businesses and earn a living. No one is hurting anyone with marijuana.

Oh my goodness, twenty minutes on the Internet and you’ll easily uncover 10,000 stories of people who are successfully using marijuana to treat every ailment from cancer to seizure disorders, to diabetes to pain and more.

Marijuana is cheap and easy enough to grow and there is clearly a recreational and medicinal market for it.

Dear Mr. Zuma, the ANC is always so concerned about our health, forcing laws like the smoking law and the ban on alcohol onto us. Why do we not have access to one of the best and cheapest natural forms of medication in a country where we cannot give people adequate healthcare? If you aren’t going to look after people medically, then give them access to what they need to look after themselves.

Personally I have seen and experienced how marijuana can be a miracle cure for ailments that doctors cannot fix – and it’s a fantastic stress reliever too.

What more proof are you waiting for parliament?

The last major win that legalizing marijuana will give us is the ability to grow hemp.

The sister plant of marijuana, hemp is low water, restores the ground it’s been planted in and you can harvest it three or four times a year. It can also be used to bind soil in drought areas.

Hemp has applications that could solve many, if not most of the problems we’re currently facing. Hemp can be used to make biodegradable:

Oh and if we acted quickly, we’d be one the first economies that would able to set up a processed hemp supply chain.

A commodity that rare and that sought after? The kind of money that would bring? What are we waiting for Mr. Zuma? Don’t you want another jet?

It doesn’t matter how you cut it, legalizing marijuana will benefit the entire country and world in untold ways.

Just like America had to end the prohibition, it’s time for our government to wake up too. People change, societies change, and if we live in a democracy we have the right to be making our own choices about our lives and personal freedoms.

Marijuana use will never go away – it’s really time for you to get with the program now.

Read this on Woman Online

Read this on News24