Why is your personal growth cycle stuck? 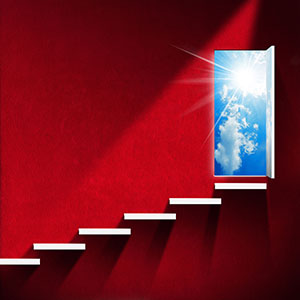 You’re usually good at shifting but lately you’re not. What is causing your personal growth cycle to be stuck?

In a normal personal development growth cycle you’ll work your way through statements and realizations and finally come down to one core realization that ties it all together – somehow that one sentence makes it all make sense.

Sometimes though, you toil and you toil and you just don’t get there, or you reach statements but they don’t really offer a resolution or the relief you’re accustomed to feeling. What could be happening and how do you get past this to the next step?

This is a tricky one, because the wording of the statement stays the same while the meaning and intention changes.

Take, as an example the statement, ‘Money makes me feel secure.’

On one hand this can mean ‘If I have money I will feel secure,’ and on the flipside it can become ‘I have money and therefore I am secure.’

Likewise, ‘I deserve to be rewarded’ can change from ‘No one ever notices me; someone should reward me,’ to ‘I have paid my dues and I deserve recognition.’

Take the statement or thought that you’re currently working with and write down all the potential meanings and ways that the statement can be interpreted.

Try taking it to people at other levels of awareness and let them give you a different point of view.

In a normal personal growth experience, we’re used to how things resolve down to a single idea or statement, giving us a single moment of insight.

Sometimes lessons are about duality and balance though, and after two polar extreme moments of insight (e.g. attachment and non-attachment), you’ll be left trying to hold both the ideas in your head at once, trying to balance both realities.

Imagine realities in which the elements you’re working with do not feature at all, e.g. in a hive mind reality, the lesson of attachment would be irrelevant because it’s impossible to not be attached to the community – it precludes life.

There are a few major lessons that stay standard for every person on a spiritual journey, lessons like impermanence, non-attachment, surrender and power.

As human beings we only understand things in contrast, and often we are only able to process one concept at a time. In order to accommodate this, our lessons happen in steps and scales: you learn one aspect first and then its polar opposite, and then you find a balance point in between.

It’s the learning of the polar aspect that trips so many people up.

When you’ve labeled something as bad or negative, you often don’t want to go there and experience that. Spirit says in order to know something you must know all of it, not just the parts you deem socially acceptable. So basically you won’t get the lesson of non-attachment until you know the experience of being attached.

Look to everything you are afraid to face and accept, the messages from the Universe that you’ve been avoiding.

Ask yourself why you don’t want to accept that part of yourself and pay attention to your insights.

Surrender and acceptance are one of those things that everyone seems to battle with, and to be honest it takes years for most people to start using it as an effective practice because it stays difficult to do.

It really doesn’t matter how advanced you are, accepting something that you aren’t energetically aligned with hurts and it sucks and it makes you want to hurt puppies.

Sometimes though, the awarenesses and insights coming through are so enormous that your body actually can’t take it all in at once. It’s the same as when you’ve been in workshops or on a course – past a certain point you just can’t think anymore or take in any more information.

Another reason shifting in layers happens, is that there is information you need from the experiences you’ll have at those layers.

Use a simple acceptance exercise and just keep repeating something like: ‘This is not what I choose or want, but I surrender to my fate. I accept this reality.’

With shifts in layers you’ll often find that the very thing you accepted, that you didn’t want to accept, will be solved a few layers deeper. You just needed to go through the energetic acceptance of it being gone in order to progress.

A lesson of compassion

According to the Human Consciousness scale (view here) as published by Sir David Hawkins in Power vs. Force, the first leap of consciousness happens at level 200 when we take responsibility for our actions and lives.

The second leap, according to Sir David’s research, is taken at the 700 level. This leap in consciousness is marked by compassion.

Lessons of compassion are in no way easy, and they’re hallmarked by this characteristic: the only answer is that you must have compassion for the other beings around you. There’s no other solution, the other person is not going to change, and you just have to choose to be compassionate.

It’s not an easy lesson by any manner or means, but it is recognition of how far you’ve come and the extraordinary growth work you’ve already done.