Basically everyone is battling with money right now 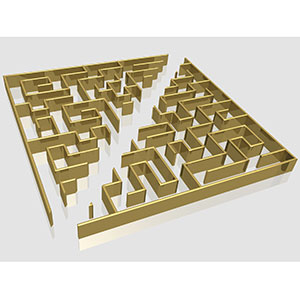 Basically everyone is battling with money right now

So this isn’t a fun post, and it’s not the kind of good news post we want, but it is the truth.

If you ask around, July & August were horrible months for just about everyone, with a lot being pushed to extremes, like actually becoming homeless.

It’s not pretty, and it doesn’t look to be getting much prettier as we go forward.

If you think about it, survival issues are our best hope for a catalyst that triggers global change and awareness - and everyone is in a hurry for stuff to change now. A collapse of the economic system fits those criteria - it can happen quickly, very quickly in fact.

How quickly? If we simply hit two or three months running where over 40% of people could not pay their debt, that could be enough to put a massive dent in the system. The knock-on effect would be staggering in its magnitude.

So rule 1, in the tradition of all great first rules, is DON’T PANIC!!

Change is chaotic and you know this from your own experience.

Even though the pressure may feel overwhelming at times, stay calm, and try as hard as possible to stay laughing.

All you need in order to laugh is the person sitting next to you. Laughter will carry you through the worst of any experience.

So try as quickly as possible to start making inside jokes about the stuff that is really hurting you with the money.

When you have the first emotional breakthrough because of using laughter, you’ll wonder why you haven’t approached stuff like this before.

That’s NOT to say that you ignore the sadness… be open to your happiness and sadness as they arise.

It’s always easier to choose for sadness, which is why so many people get depressed with money issues.

If you focus on choosing for happiness though, with jokes and laughter, all you have to do in addition is occasionally allow the sadness (tears) to flow.

I’d love to say the next one is a rule, but actually, it’s me asking you. Begging you if I have to ;)

As things get tighter and tighter financially, you are going to be put into a position where you have to make choices about who you’re going to pay.

As you make these difficult decisions, I ask that you keep people in mind first.

Your natural instinct is going to be to pay the big guys, the corporations, largely because they hound you if you don’t. And they threaten you with legal action. And they get fierce - it gets scary.

Some of them will phone you everyday - even when you have a payment agreement with them.

If the idea of the fierceness of corporations is something you can’t overcome, then instead of choosing against them, contact them and say you’ve hit a financial roadblock and can they DECREASE your monthly payments for a fixed period?

They will often stall your line of credit while they do this, but most companies will agree, especially if you’ve been a good payer until his point.

Also some monthly payments you can put a stop to, basically pausing them, like retirement funds and assurance and insurance policies.

Now, when you are looking at your choices about who you’re going to pay - please choose for people.

Most people out there are going to pay the big guys, which means the guys who get left out in the cold are small businesses and those in lower social classes, occupying positions like domestic workers, cleaners, nannies, au pairs, gardeners, etc.

The corporation has some security to fall back on, but the little guys don’t.

The corporation may have to dig into its reserves, or extend its line of credit, but the little guys are going to go hungry if you don’t pay them.

Yes, with time, the corporation will start to take strain, but the need of the little guy right now is immediate.

And the truth is that if you don’t have money, we’ve structured society in such a way that it’s nearly impossible for you to survive.

So many people are going to be homeless soon - I hear the stories everyday.

If you can help, help.

If you can pay a small business, do it.

If you have to choose between cable or retaining a domestic worker - keep the domestic worker. You really do not need to be entertained as much as that person and their family needs to eat.

The more we extend ourselves out and consider those who are struggling as we make our choices, the easier this transition period will be for all of us.

Think what it would be like to be in that situation - and take mercy on those where it is in your power to make a difference.

The greatest lie of the system is that you are inadequate and powerless, that you have no reach and can effect no change.