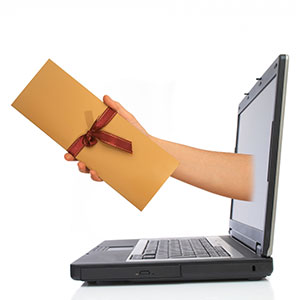 Okay so I did a meridian energy alignment to the earth energy lines, combined with standard distance healing and clearing.

All the basic plumbing was covered, getting meridians and chakras moving etc. Also grounding and opening higher channels. Metatron cubes were placed in all the chakras as well.

Then we did the energy alignment, which consists of moving and clearing the meridians and connecting them to the earth energy lines. This brings us into alignment with the planet and with each other.

The funny physical expression of the healing in my environment is my birds tweeting a lot and changing frequencies as they tweet :) Sounds almost like the cockatiel’s voice is breaking :)

The big belief system that released, which was linked to lower back pain and the heart meridian (governs trust, disappointment, depression, shock, serenity) was: "I am not supported with money.” So if you start having better thoughts about money, trust them.

There was a huge release on large intestine meridian, which governs letting go, hoarding, collecting and forgiveness. This will help you let go of what you need to let go of, including forgiveness releases.

There was an anger release on liver meridian, on the masculine aspect. So anger at men, anger to do with men. Liver also governs female cycle and benevolence.

There was a big release on triple heater (9 to 11pm) - so if you have weird temperature fluctuations around that time for the next few days, don’t be worried. It’s got to do with cellular memory and transition, and is basically a boost to speed up how fast you integrate stuff.

We store our memories in our cells and DNA, so the cellular memory has to change with each shift. That’s what you experience with ascension flu - all the old cellular material is taken away and new cells are forming. This is one of the ways we’re able to heal so well.

This boost was designed to help you process that better, so may trigger a bit of ascension flu this time around.

Big fear release on the kidney meridian - give it 72 hours before you do anything: you’re experiencing contrast. So you might find yourself very scared or overly confident all of a sudden, but it will settle once the initial integration is over, and you will be operating from a more balanced place.

To close, we did all subtle senses anchored to brain for practical functionality, and to heart for connectedness. So you should feel a bit clearer today.

We also balanced left and right female energies to normalize the stress thresholds.

As I pulled everyone’s energy in, I could feel the chaos of thinking. It was like I felt each person’s energetic body settle onto mine, and felt them for a brief second.

Then all the energies blended and I felt everyone together all at once - it was kinda of like sitting in a noisy room when you’re not feeling too nice; that foggy flu feeling with lots of noise.

It took me a second to regain equilibrium and find myself in all that to do the healing.

General observations on everyone:

The point is to ‘hear’ those things without feeling the doubt, shame, vulnerability, etc - those emotions are you resisting it. Hear what is being said, even if it hurts you and makes you feel horrible. That’s all it wants - to be heard. It’ll go away after that - unless you hang onto it.

What do I mean?

When I get a statement, it means it has released - that’s my baseline belief. However, in the past, I did what you’re doing now: getting a statement and then holding onto it in awe.

So, for example, you realize that something happened in your childhood, say your parents were unfair. If you’re recalling that statement 72 hours later, you’ve held onto it. It should already have made way for the next statement.

Sometimes our statements offer so much relief, that we hang onto them. This is a massive ego trap. Don’t let it happen to you. It delays you even more than ego deaths.

As I’ve been sitting here writing, my tummy has been bubbling quite a bit, lower tummy.

The tummy bubbling is really your lymph moving - lymph is the meridian and spiritual system. It also removes all the old cellular tissue and contains your immune system.

Please give it 24 to 72 hours and drink LOTS of water.

Frequent urination, tummy running, nausea and vomiting, passing gas and burping are not uncommon symptoms. Tummy bubbling is GOOD - means it is releasing in the last physical layer.