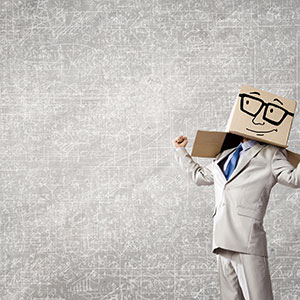 Alternate Timelines & Realities - If you have tinnitus or ringing in your ears, try this!

So building on the alternate timelines knowledge….

We’ve been shown that tinnitus that is basically Them changing the frequency of your body’s 'radio station' to align you with different timeline or reality. Not sure if I shared this bit of info yet, but now you know LOL :)

We also know that a miracle is a collapse of time that means that future timelines and event no longer have to occur to redress the karmic balance.

There is no order of difficulty in miracles and every healing is a miracle - even going for Reiki or BodyTalk.

So putting two and two together, what we can deduce is that a realization is a miracle that releases future events which will cause timelines to collapse.

If tinnitus tells us it’s changing - then the shifting is triggering the tinnitus, and not the other way around. So every time we try to fix it we make it worse because need to collapse more timelines.

LOL surprised that we can heal too much? This is what I keep saying about 180 turnarounds.

Okay we’ve discussed in previous posts that your body is like a radio tuned into a frequency - but there is only one physical body occupying space as such.

Effectively this means that all the alternate realities are in exactly the same geographic space as you.

Tinnitus or ringing in your ears is your hint they’re trying to move you into another reality or timeline.

So the answer is to change your physical position - without leaving the spot you’re in, which isn’t necessary.

Shift your body around until you find a spot where the tinnitus stops. Just stay there for a few seconds, maybe tapping on your breastbone to help them store the change.

Each time you do this you reduce the amount of time you spend shifting timelines, which will make the stuff process through faster.

An alternate reason for tinnitus

The other big reason for tinnitus usually is messages from the other side.

Sound is the only sense that crosses dimensions.

If you stand behind a wall, I can’t smell, touch, taste or see you. But if you speak I’ll hear you. It works the same across dimensions.

When we are getting info though, especially at first, we resist it because of cognitive dissonance. So the information doesn’t come through in a way that we can process it.

You see the same thing when the Holy Spirit enters people. They want to share the message but they are so scared of the reaction of others, that they let their shame distort the message, and so it comes out in tongues, an alternate language.

The reason Kabbalah focuses on words and language is that respect in communication is crucial - because words have enormous power. The more clearly you communicate your words, the more clear the results will be.

The distortion in communication occurs because we’re placing higher value on others’ reception of the information than we are on the value of sharing that info.

Also sometimes our inner voice is running so rampantly wild that we need to be focused on them before they can communicate - so they RING us :)

Can you see how that energy recursion filtered down to become our modern telephone system?

The concept of ringing someone to get their attention exists at the core cosmic level, therefore the idea existed in the morphic field (joint belief of reality) already, and made it easy for people to adopt the system.

This is also why some products just seem obvious. They are recursions (lower vibration repeats) of a pattern we know as souls.

Stop what you are doing and say: what do you want me to know? Then grab a notebook and makes notes. Or just listen.

Often when I say that to Them the ringing stops immediately and downloads start.

In fact the miracle experience that started the breaking of the alternate realities and all this that set us free happened exactly like that. It started with me saying "what do you want me to do?” and then following the instructions.

Clearly tinnitus is a result of our shifting - and our friend :)

And a quick not-so-subtle nudge to stretch your wings today if you haven’t. Just because they’re not visible doesn’t mean they are not attached to you. They can really hurt if you don’t move them.

For those of you with chronic back pain - imagine you are stretching a pair of wings on your back. If it helps relieves the pain your back pain issues are being caused by your wings. Stretching them regularly should make you as good as new.

Wings is one of the harder things to accept with this shift strangely. It’s a big barrier :)