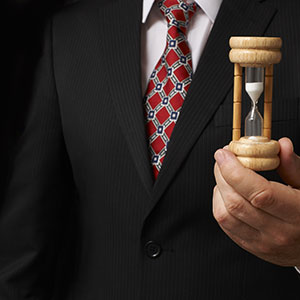 I lived through the apartheid changeover in South Africa. In fact I turned 16 the day after the famous 1994 elections. When I entered high school, I went into a racially-integrated school because racial segregation had been lifted.

Over the past nearly 23 years I’ve watched my country and people evolve… and it has gotten ugly, largely because people are determined to hold onto the ugliness and hatred.

The dream of the rainbow nation is far from a reality…. and after 23 years of living under that simmering ugliness, I can say unequivocally that it’s not a place you want to live in.

I wonder to myself sometimes if this is really what Madiba had in mind when he fought for freedom…. a country full of consumers who are obsessed with nothing but greed and shopping, status and being seen? It’s certainly what the election promises of ‘free stuff’ left as a legacy.

Everyday our newspapers are filled with stories of corruption… to put that in context, our current president was accused of raping a young woman with AIDS before he was elected to power. That was in addition to the claims of fraud, embezzlement and corruption levied against him…. and he still became president.

And while our politicians are corrupt and being caught out, they’re continuing the rhetoric of three things: we will give you free stuff, look how much free stuff we’ve already given you – and the big killer – we will take stuff away from the white people and give it to you, because 23 years after the formal government changeover it’s still the white people who are depriving you.

If you don’t have something, blame a white person. It’s their fault.

It’s nearly 27 years since Madiba was released from prison and apartheid was effectively abolished in South Africa in 1990… and every day this country suffers under the results of apartheid’s legacy.

We make international headlines for Xenophobic violence, because people in our country are so intolerant that they cannot even allow someone who is different to them to live - but South Africa is a country of about 8 different tribes – we have 12 official languages in use in the country. That’s excluding Chinese, Portuguese, Indian and other communities that tend to develop in most places.

We are a cosmopolitan hodgepodge of cultures, languages, religions, ethnicities and beliefs – and for the most part, people seem to live in day to day harmony with each other in my experience… or do they?

You’re not allowed to say Merry Christmas because it can offend someone.

People from neighboring countries lie about their roots because they are scared of being killed for being born in Zimbabwe or Nigeria.

Death rates are so high (9th highest in the world), that murder and death doesn’t even make the papers here anymore… anyway, with such an entertaining political circus, where the President and Finance Minister are the jokes of the day, why bother with the human impact?

Nobody trusts anybody. Entitlement is rife. Greed is the name of the game… and all business is done only to support immediate lifestyle.

The Rainbow Nation is a joke… because we allowed the bitterness to eat away at us from the inside.

We allowed the rhetoric and the hate speech to continue – and now we live in real fear of a civil war.

Our universities have become inactive, and basically an entire school year has been lost, because of the violence of student protests.

South Africa has the highest rate of AIDS in the world.

South Africa has the second highest rate of orphans in the world… leading to a phenomenon called child-headed households, where children as young as six or seven can be looking after up to four siblings, with every older generation person in their family dead, either due to AIDS or violence.

South Africa has the 10th highest incidence of child abuse in the world… which is further fueled by the REALLY STUPID lie that has been perpetrated that if you have sex with a virgin it will cure your AIDS. As a result, many young babies and toddlers are brutally raped in South Africa.

Yes South Africa has the highest rape rate in the world too.

From business to politics to social issues, the list in South Africa just goes on and on… but I think you get the point now.

For years people in South Africa allowed themselves to get mired in the bitterness and hatred and lies… and now we are paying the price for it.

Everytime you spread negativity on social media, share an article, spread an idea perpetuating the hatred, this reality I’ve described here is what you are creating.

I know because I watched South Africa turn into this from being one of the most organized and efficient countries in the world. And it started with ideas like ‘the black people are going to drag us down or are coming to get us’ and ‘the white people have stolen from us or deprived us’. And my personal favorite – don’t use condoms because AIDS is just a lie told by white people to stop the black population from growing by making them use condoms.

It’s only taken 27 years for South Africa to get here. The world has sped up significantly since that time.

Do you think the ideas you spread on social media, when you talk to people, when you keep thinking them over and over… do you think these ideas will have no impact on the life you are living? Think again.

In a way, America is experiencing the polarity of its great patriotism, where a country stands united against its leadership.

You’re starting to see the hatred and attacks that occur when people are allowed to express those ideas and aren’t curtailed – and you are scared of that already. Believe me when I tell you that you don’t want to be living in it 27 years later.

Every thought you think, every message you spread, every word you say, every feeling you feel goes into the collective mix and creates the morphic energy field of earth – and right now the dark is winning because of the fear and hatred we are pouring into that field.

America has one of the largest populations on earth: the combined effect of that much negative energy is only going to serve to drag the entire world down with it… you are the Roman Empire. The world looks to you.

What you put out there will become global.

You do have a choice – you can make a difference. You can choose not to participate at all or you can choose to swim upstream and be positively focused.

But don’t spread this messaging, don’t perpetuate the hatred and don’t create a nightmarish reality for yourselves and the world.

I beg you to learn from South Africa’s mistakes and not repeat them.

Please be the change you want to see – spread light and peace. We knew we were preparing for big things… now we’re starting to see what they look like.

The choice for this is in your hands… choose wisely please. Choose to see and be the light.