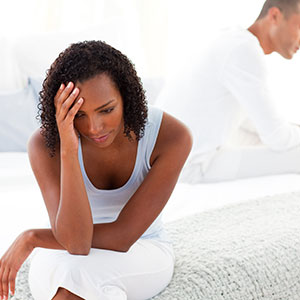 Retrenchment, even if you have voluntarily agreed to go through with it, is a horrible experience. And the only thing worse than being retrenched is having to stand in front of people and retrench them.

Whether or not you’re expecting to hear it, the news that you’ve been retrenched hits you like a sucker punch, usually in the stomach and around the chest region. If you’re one of the unluckier ones, it can feel like your whole body has been slammed into a brick wall.

It feels like the world is closing in on you, and a heavy fog sets in. This makes everything feel distant and surreal: it’s difficult to think, to remember from one second to the next what you were thinking, or why you got up and walked into the other room.

Almost immediately, or within a few days, depending on how bad the shock you’re experiencing is, a layer of money worry sets in.

This new layer of emotion, anxiety and fear hardly even registers – it just feels like a natural evolution in your thinking: of course a job loss would lead to money worries. But the truth is they are not the same thing.

When you lose a job, you’re facing issues like doubting your abilities, doubting your value and worth, fearing that you have nothing of value to offer, or that you are not wanted or needed – so it’s an issue of fitting in and worth.

When you start worrying about money, it becomes an issue of survival, which is an even lower layer of emotion, so your system uses that second layer to pull you further down into the depression that sets in. Read more about this here (http://lifecoachestoolbox.com/index.php/the-human-consciousness-scale).

Because of the way your body processes emotion, you actually get used to feeling these deeper layers of depression, they become your norm.

At the same time, your identity becomes of a retrenched person: it becomes the only filter through which you view yourself. So when a new layer of worry and anxiety sets in, you don’t realise that it is an entirely different issue that requires another approach.

Over time the two experiences blend in your mind, which causes a whole new range of problems, leading to beliefs like: I am not able to meet my survival needs, so that makes me an unworthy employee. Effectively this belief is the idea that because you are unemployed, you are not worthy of being employed.

So you will sabotage employment opportunities for as long as you are unemployed, because you believe you need to be employed to deserve employment – and that’s a horrible conflict and mess to try and unravel.

The next layer of problems that sets in is boredom.

Earth is a planet of extreme variety – even in our species, each individual has its own unique genetic make up. It’s a hallmark of the planet that we are used to expecting extremes in variety. This is what makes boredom such a terribly painful experience, and why it can set in so quickly.

You’re used to variety, you’re used to being overloaded, you’re used to feeling hurried and stressed, and the contrast of suddenly having nothing to do and no change in your routine, even over weekends, can drive you close to insane. Completely insane in some cases. And it will make you feel pretty damn worthless after a while.

The unemployment figures are pretty staggering in South Africa at the moment, and they’ve IMPROVED to just over 25%. Improved to 25% - yes, I had to repeat that. So chances are good you are going to be in this for the long haul.

Jobs are not easy to find right now, at most levels of seniority. Conversely, specialised and technical skillsets with experience are almost impossible to find, and our unemployment figures worldwide are paralleled by the growing concerns among business about being able to find suitably qualified staff at certain levels. In fact, this is a top 5 concern for Fortune 500 CEOs.

At the same time, we’re facing what has been termed the Fourth Industrial Revolution, which, like those Industrial Revolutions that went before, will see a massive paradigm shift in jobs that we do, with many roles being taken over by technology. This in itself is leading to a massive culling of jobs, and that will continue for a few years or decades.

You need a plan for retrenchment

If you just go into something like this blindly, thinking that the money that you get paid out will carry you until you find another job, you might be in for a big surprise.

Even if you are lucky, and you get a six-month payout, and you manage to find a new post within those six months, you are still going to have to deal with the rollercoaster of emotions, anxiety and depression, and face boredom and loneliness during that time.

In addition, you need to release the layers of fear, anger and frustration that have built up inside you – and very rarely do you land up being in the group of people who is retrenched if you a top performer and happy.

So in addition to all the emotional and mental challenges that arise, you still have to deal with and remove the politics and issues that were plaguing you before retrenchment became the main focus.

In South Africa, if you are retrenching larger groups of employees, say 50 or more, labour law requires you to hold a workshop or intervention offering support to those employees, as well as giving them guidance on what to do next.

Sadly many smaller businesses can’t afford to do this, because often the issue behind retrenchment is that there is no money. It doesn’t mean that you don’t want to do right by your staff though.

The shame and embarrassment that goes hand-in-hand with being retrenched, or having to let staff go, is almost insurmountable, and that moment tends to plague you incessantly, for months and years afterwards.

So regardless of which side of the table you were sitting on, it’s important to deal with the memory and experience, because otherwise it becomes of those events that lands up influencing all the future decisions you make.

At the end of the day, what any personal growth journey teaches you is that life happens, and bad stuff happens to good people, you will never change that. But you can change how you navigate the experience and the kind of success you turn it into.

By taking this opportunity and setting up a clear path and plan of action, as well having the resources you need to prevent yourself from slipping into depression, you can turn this into the opportunity to follow your dreams and live the life you imagine.

Every great person faces a setback at one stage or another, and every historical success has a number of key failures in their past. The difference is how they handled it and what they made of the opportunity.

If you get yourself into gear and get focused and ahead of the experience, you will be able to turn back in a few months or years and say: “I’m so glad that that happened to me.”