Why Trump Was Elected - and Why America Needs To Stop Hating 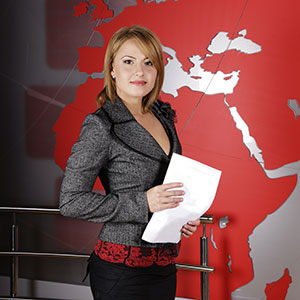 I'm really glad Trump won the Presidency. I predicted it months ago and I feel glad and relieved that it's not Clinton.

And the MAJORITY voted for him - that's how he got into power.

Americans you claim patriotism - you cannot hate on the man who has been elected by a majority. It's time to stand by your president now.

I'm glad Trump won and I'm glad I called it so many months back. I think we're going to be very surprised at the reforms he will implement and I think he is the answer we need on many levels.

His ideas will simplify life and business and he is honestly practical and level headed if you look at the policies he will implement.

Obama had so much promise and no delivery - perhaps it's time to have a president who is unpopular but gets the job done.

Yes he runs the risk of being a Zuma style president as well - but I'm putting prayers and hope and faith behind this, instead of doubt.

I envy that chutzpah President Trump. I hope one day I have the strength to fight the fight you did.

Choose to support - choose to focus on the good.

A Trump win is the best thing we could hope for - and if you follow my predictions you'll know I'm usually right.

Give Trump a chance - he's pulled off something amazing here. He's fighting for each of us, even if you don't see it.

Innocent UNTIL proven guilty - isn't that it?

Obama was useless and you still love him. At least give Trump his four to eight years before you condemn him and write him off.

And if you can't find forgiveness and compassion for this man who has dedicated his life personally to fighting for us as people, then you certainly don't deserve it from God. Judge not lest ye be judged.

I truly hope that he has the greatness to fill the shoes he's stepped into and I wish him well. It's a great win and he deserves it and I offer him my blessing and thanks. I ask people around the world to do the same - put aside your judgement and give the man a chance. Trump is fighting for the little guy and I think we're going to be surprised by the end of his presidency. I truly hope so.

And I choose to live with faith and hope. I challenge you to do the same.