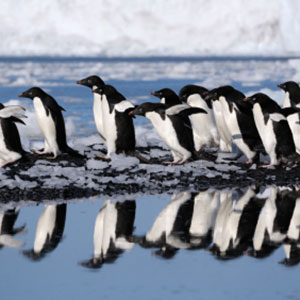 Being back in 3D world with my new awareness and insight has made seeing the stuff easier to do, and it turns the world on its head from what I used to see years ago... but it doesn't make humans easier to deal with.

In fact it makes it a little harder. With the amount we've changed and grown over the past few years, I think the thing probably driving me the most crazy is how resistant to change they are - and how much they want to stay stuck.

I've heard this from a few healers now, including ones I didn't expect to be getting annoyed, along with the sentiment that they don't want to work with people anymore.

I've spent time thinking about that... and what is there of value to do on earth that isn't in service to humanity?

The environmental thing seems an obvious choice - except the planet has been nothing but a bubbling mass of lava before, so it will be fine regardless. Really saving the environment is about making the planet comfortably livable for humanity.

Like many, I'm torn on this. Really not sure how we create lives worth living in this world, and really no longer tempted to fight for people to grow.

Speaking of fighting - have you noticed a decrease in your desire to debate this with people?

People seem to want you to fight with them and convince them, which makes the reluctance an interesting dynamic lol.

I keep being reminded of the quote: never argue with an idiot. They'll drag you down to their level and beat you with experience.

The journey is such a personal experience and it's all resonance based, so if they understand I don't have to explain, and if I have to explain then chances are they are not ready to understand.

So I find myself staring blankly at a lot of people lately, not sure what to say and not motivated to find a rebuttal.

The love of money is the root of all evil... Wow that statement makes more sense than ever.

And the more I change my life, the more sense it makes - and shows itself as the reason for people's unhappiness.

We've created a world of consumers where people have made money their God... and I'm sitting here realizing that if we're going to make a difference it has to be to the very system of rules that people follow.

Not sure how we even begin going about that to be honest - because people think money and this life is all there is. It's hard to see things differently until you change those core beliefs.

In general though I really have to say that it's easier to know what I know and navigate the world this way.

I certainly would not want to go back to the chaos and confusion of the past - would you?