There's more than enough money for ALL of us. Here's how we make it happen quickly. 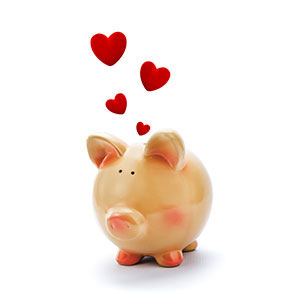 What’s happened to all the money in the world and how do we fix the current global economic crisis we’re in quickly, so that we get the economy moving again?

Between 2010 and 2015, the personal wealth of the world’s 62 richest people increased by USD 500 billion. During the same period the wealth of the poorest 50% dropped by 41%, despite a global population increase of 400 million people.

Now go back and look at those figures again, and then realize that those 62 richest people have as much money as the poorest 50% of the world’s population combined.

62 people have accumulated as much money as 3,5 billion other people on the planet.

Money cannot just disappear. Even the money you tithe at church doesn’t go to God, it goes into the church’s bank account.

We also don’t pay money to any alien races for protection that I’m aware of - and I’m not sure what they’d do with it if we did.

There is as much money in the world right now as what there was at the start of the financial crisis, it’s just not moving around as freely as it should.

In fact, if you want to get into the nuts and bolts of it, the American currency isn’t really backed by anything, and the Americans are famous for printing more money when they need it. So chances are really good that there is in fact MORE money in the system right now than what there was at the beginning of all this.

That money is just sitting and going stale in somebody’s bank account.

The reasons for this are many-fold, from keeping up with the Joneses, to parental and societal expectations and even the desire to live a “good life”… for a given value of a good life of course.

The other reasons we’re obsessed with accumulating money include our ego desires, personal sense of achievement and even our desire for immortality: if we secure the financial futures of our children and grandchildren, then there will be a family and society around to remember us and what we’ve achieved and done.

Between sharply surging suicide rates linked to money anxiety and financial depression, the global threat of war and dramatically increasing crime rates driven by poverty, I think it’s fair to say that these are drastic times.

While the measure itself may not actually seem that drastic, it’s going to seem drastic to those few who are adversely impacted – and from what we’re being told, those few are the ones who are really running the system.

So what’s the solution?

If you think about it, it’s a simple and elegant solution that can pretty much be programmed into banking systems overnight. Once the maximum value for incomes and accumulations has been determined, we input the values and system infrastructure changes into the banking system code.

Any money exceeding a specified value earned in say, a three-month period, is simply rerouted from your bank account and redirected back to the country’s main central bank. If done correctly, this could even mitigate the need for taxes, as the central bank would have a constant flow of new income, because there will always be those people who earn in excess of the maximum value.

Governments will then also have the cash flow to implement job creation and small business development policies and funds, as well as invest in infrastructure and projects that create jobs. We’d also have money available for social and environmental projects that are currently being throttled by budget.

Within a short while though, people would most likely adjust the highest-level salaries to reflect the new maximum cap, and salary structures for levels below that would then become self obvious.

The same methodology would apply to maximum accumulated income per individual, with any excess amounts immediately taken from your bank accounts and put into a central bank for the country. This process immediately prevents money sitting still and would allow most of the governments around the world to get themselves out of debt quickly, especially with the first initial influx of cash into the central account.

What are the benefits of capping income and accumulations?

The first major obvious benefit is that we won’t have money stagnating – we’ll have an immediate surge of cash and flow into economies worldwide.

The concept is also easy to implement into our current economic structure without making major changes to the system – people’s mindset is a whole other story of course.

Really though, the biggest change will be adjustments to the banking system coding infrastructure and how that works. That level of change could be implemented with a week, including the time taken to write the code – especially if we remove the bureaucrats from the process.

Yes there will need to be some centralization to identify cash and assets held at other institutions, but most banking systems already have centralized infrastructure in place for services like ATM cash withdrawals and credit checks. The information exists and can be accessed and compared quite easily. Again… if we take the bureaucrats out of the process.

The income cap will also immediately have the knock-on effect of stabilizing pricing all over the world.

At the moment, pricing everywhere is out of control because our incomes are so disparate – there’s no realistic price of what people are prepared to pay for an item, because everyone has a different idea of what normal prices are and what affordability is.

The moment you have a maximum income cap in place, the most that people will ever be willing to pay for any item will become obvious - because those in the upper echelons will not be willing to give up their lifestyles.

So they’ll make their lifestyle fit into the new maximum income cap.

Once you know what the biggest amount is that anyone can afford for a yacht, it’s easy to determine how much people will be willing to pay for bread and milk – because people will make their yachts and other luxuries fit into the maximum they can earn and accumulate.

From here it’s simple to control the economy and make sure it doesn’t spin out of control again – just DON’T raise the income limit. Leave it completely static but keep adding money into the economy so that we can grow the wealth of everyone, and eventually eliminate social inequalities.

There are simple ways to fix the world

The system and the powers that be are very determined to make you believe that making major changes to redistribute wealth is impossible.

They want you to think that we need to have this “unlimited earning potential”, so that they can validate you having nothing while they have everything. The truth is that they are driven by greed and want nothing more than to see the numbers in their bank accounts rise.

It’s our world and we are not beholden to any alien race or even deity about how we choose to manage the money situation and change lives. God is NOT going to strike us down with lightning because we decided to make a change to the economic system.

Capping the income level will only adversely impact about 8% of the world’s population who currently hold the most wealth, and yet it has the power to turn our global economy around overnight.

And even though you will no longer be able to reach “unlimited wealth”, chances are good that, when we do the math, you’ll still be able to amass a higher volume of wealth than you ever thought was possible for you.

It’s time to take charge, push back and begin to live the life we all deserve – today. 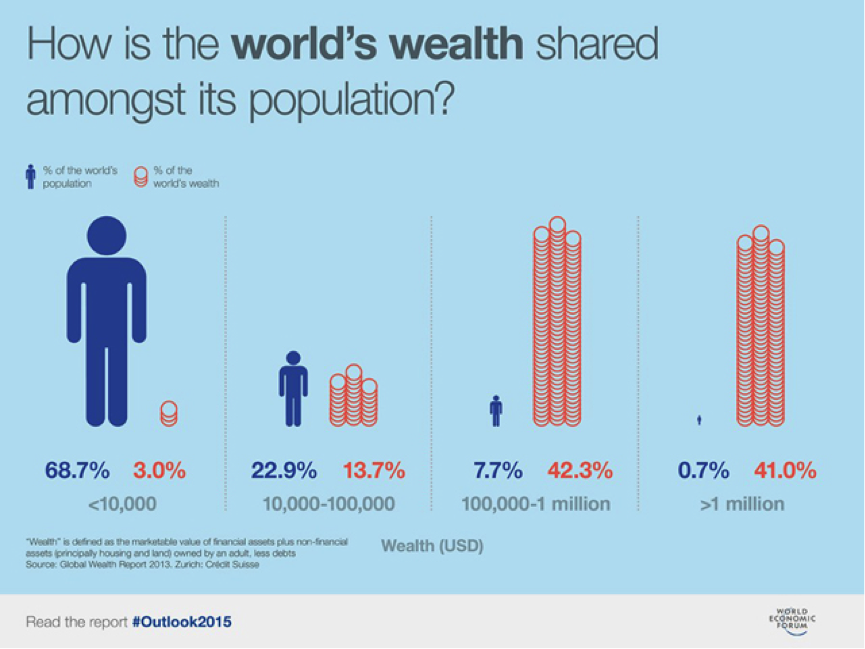