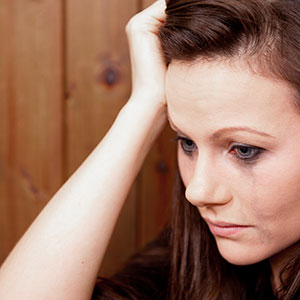 In beauty is in the eye of the beholder, we take an honest look at the trend of fat and skinny shaming that is so prevalent on social media nowadays.

It’s really difficult not to go onto a social media site nowadays and not see at least one post where someone is pointing out that the person in the picture is too thin or too fat… or pointing out a part of a (usually female) body, that honestly is usually far from visually appealing, and harping on about how this is definitely sexy.

It’s also impossible to pick up a woman’s magazine and not see some sort of ‘who looked good and who looked terrible’ type of feature, often analysing the usually more wobbly bits of some celebrity’s body.

Most often, these kinds of activities are often known as fat shaming, and involve pointing out how bad or less-than-perfect most women’s bodies are. In extreme cases the posts will attack obesity head on in a very denigrating manner.

Over recent years however, the fat community has lashed back at skinny women with personal insults and attacks usually aimed at how thin women aren’t real women – mainly because they’re in the minority and therefore being thin is not normal somehow. Another favourite in skinny shaming tactics is the idea that all thin people are starving and never get to really enjoy food.

But when it comes to what we find attractive in a person, it’s a very personal experience – and one man’s meat is truly another man’s poison. So why are we battling such a surge of fat and skinny shaming over the past few years?

We hear talk about the instant gratification consumer culture we live in almost daily – but have you ever stopped to think what it means as it plays out in your life?

The growth in posts like ‘You have to find me sexy even though I’m fat’ and ‘Everybody (including fat people) is always sexy’ is a really good example of entitlement and instant gratification at play in our day-to-day lives.

The idea that you are sexy just because you exist, breathe and are born is pure entitlement – as is the concept that someone has to find you sexy. Beauty and attraction really lie in the eye of the beholder, and if you want someone to find you sexy, then you have to meet their expectations of what sexy is. You can’t walk up to them and tell them what to be attracted to.

Don’t believe me? Okay… I demand that you enjoy eating live worms. Did that make you start craving live worms? But live worms are so yummy and you have to like them because they’re food and all food is good! Still not?

So what makes you think that kind of logic applies to what people find sexy?

Sexy is a label – a descriptor. Like many words, sexy and attractive describe the state or emotion generated by viewing another person or object, i.e. how you feel about that element.

When I look at a man who has the physical characteristics I am attracted to I usually consider him sexy. As an example I don’t like blond hair on a guy, or baldness for that matter, so those visual characteristics are some that are likely to make me consider someone unsexy.

I also don’t understand the fuss about Brad Pitt or Johnny Depp at all, but that however doesn’t mean that someone else won’t find them sexy… just that I do not find them sexy. Likewise you may look at someone I consider unbelievably sexy and think I’ve lost the plot entirely… it’s completely subjective in other words.

In life however we’ve gotten very used to having all our needs met very quickly – and kicking up a fuss and complaining if they aren’t met. So instead of accepting the loss and moving on to the next person or thing, we get offended that people don’t find us sexy immediately.

Similarly our need for instant gratification can’t allow us to be patient and wait until someone who does find us sexy comes along… or if we need to lose the weight, to put in the time and hard work that it will take to lose the weight. We want what we want, even if it is attention from someone we consider sexy, who has done the work, and the entitlement that consumer access has bred in us means that we want it now – so we demand it from those individuals and from society in general.

You have to admit that this takes the whole equal rights thing just a little bit too far. We’re all equally entitled to be considered attractive by everyone? How does that make sense?

But the root of this is really the idea that we have these rights, and constantly hearing people drum the concept of our rights into us.

Yes you have a right to be treated with respect and not kicked around and insulted – but that doesn’t mean you have the right to define what someone is thinking in his or her head.

Equal rights with appearance are about gender, disability or skin colour – elements that are outside your control. Your weight and health are in your control… it just requires discipline and hard work, which most people are very loathe to do.

It’s definitely easier to demand than it is to do the actual work to lose the weight – hence the proliferation of social media posts you see to this effect.

So the overweight person hears the validation that they are sexy, but because they don’t believe it they have to come back for another dose a few hours later to reinforce it.

If there is constant reinforcement then a thin veneer of belief that they are sexy or attractive will set in – and that will hurt them doubly as much when someone comes along and disagrees. They’ll also latch onto the disagreement because it often aligns with what they themselves believe.

And no, that’s not knocking overweight people at all; it’s simply coming from the understanding that if someone is truly happy with what they are internally, then no amount of external validation or disagreement will change your internal resonance or alignment with that belief.

The disappointment and fear and embarrassment and shame and resistance and doubt that take place when someone does disagree are what cause the ‘victim’ in the scenario to lash out.

Often, because the people around them have been mollycoddling them by telling them what they want to hear, they also react extremely violently to any kind of disagreement with an exaggerated sense of offense.

The sad truth is that we are creating a society of thin-skinned, easily offended wimps with our politically correct attitude – and we are paralysing ourselves into inadequacy with this idea that everyone always has to agree and never be upset or offended.

Get out of your Comfort Zone!

One of the very first rules of coaching that you are taught is that any goal has to stretch the client and take them outside their comfort zone. Telling someone only what they want to hear and makes them happy is a comfort zone of note.

If someone is overweight – or even fat – telling them that they are sexy takes away any motivation they might have to lose the weight. Often this is because people need a certain amount of discomfort to start moving towards a goal, and in order to maintain momentum, that sense of discomfort has to be pretty strong.

In coaching this is known as away-from motivation – and most people are away from motivated initially. Setting a goal and having a point you move towards is always your best option for long-term success, but if the goal is too far away you will also lose momentum.

At the same time, most people won’t accept the milestones and small wins along the way as being big enough goals, so you need to start with a push from behind.

Don’t get me wrong – losing weight is damn hard work, and it’s non-stop hard work. It involves a change in lifestyle and changing the whole way you approach everything you do, as well the introduction of often painful and inconvenient exercise, but it’s well worth the fight at the end of the day.

For a smoker, there’s very little in the world as annoying as an ex-smoker. They have all the answers and their holier-than-thou attitude is enough to make you want to knock their shiny, white, nicotine-stain-free teeth out for them.

So I’m putting it out there that I’m an ex-fatty. And yes, I probably do have a holier-than-thou attitude about it… but I get it now, because I’ve done the work to get here.

As an ex-fatty I can tell you that I know all those lies you are telling yourself about how sexy you feel in your body… or how someone must love you just for who you are on the inside.

I can also tell you that being slim and healthy is every bit as good as what you imagine it is – and every bit worth fighting for.

Worldwide, obesity has nearly doubled since 1980, with 35% of adults aged 20 and over overweight in 2008, and 11% classified as obese. Being overweight and obesity are the fifth leading risk for global deaths, with at least 2.8 million adults dying each year as a result.

44% of the diabetes burden, 23% of the heart disease burden and between 7% and 41% of certain cancer burdens are attributable to weight issues and obesity, and more than 40 million children under the age of five were overweight in 2011.

Stop wasting your time demanding that people find you sexy and do the work you know you need to do to actually BE sexy.

It will be hard. It will be painful. It will be scary. And it will require you to dig into the deepest darkest parts of yourself. But it is within your power to achieve – and you will thank yourself for it everyday.