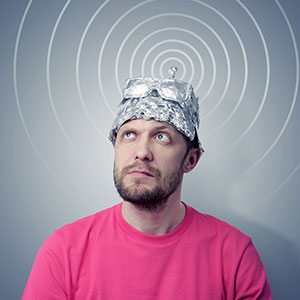 I’m sorry, I can’t help finding it just a little funny watching all these ego deaths around me the past few days.

Part of me, first of all, really can’t believe I used to be that bad and take stuff that personally - and yes I can clearly see some of my old behaviors in others lol

Secondly, I am truly staggered at how much people seem to be determined to hang onto their drama and take it all personally. I was unpacking this with someone and it dawned on me that a lot of this is caused by boredom actually.

It boils down to the system…

The world has been created to distract you from your life, to fill your life with entertainment so that you don’t see what is going on around you.

You get caught up in this rat maze of going to work, earning a wage, having a relationship and kids… and the fartherest you can really reach is to have a relationship, have kids or do well in your career.

In the grand scheme of things, when you have some illumination in your corner, you quickly start realising that that is not enough – it will NEVER be enough. But to admit that means that you need to swim upstream, step outside the system… and you can’t do that.

So you – and ego – create drama to keep you occupied. In a way drama becomes your entertainment and something for you to do.

For those of us that have been shifting a while, there’s a second layer of trap there as well, because we’ve learned that at the bottom of a downcycle we can have a breakthrough thought that can release us and turn the emotion around for us.

Basically we’ve taught ourselves that we get rewarded for feeling bad.

Combine all that with empath tendencies and the ability to pull negative karma from the field for scrubbing… and you wonder why so many spiritual peeps are depressed or battle suicide?

Loss of Hope is an Ego Death

There are quite a few Ego Deaths of loss of hope around… this is a faith lesson.

Any Ego death is realising that you will NOT get what it is you want. So you sacrifice or lose it, or have it taken away.

Hope is one of ego’s big final barriers, because hope can rekindle what you think you’ve already laid to rest. So the loss of hope is a big final step… and if you’re going through losing hope about a situation or person then what you’re being called to find is faith.

Hope is intrinsically linked to the Ego cycle – it’s all about the final desire to get what you want.

Therefore hope is a conflict, contrast and polarity of faith on the duality scale. In the simpler understanding of hope, it can also complement faith. At the bottom layers of faith, hope can help you maintain faith – especially when you’re working with the levels of blind faith.