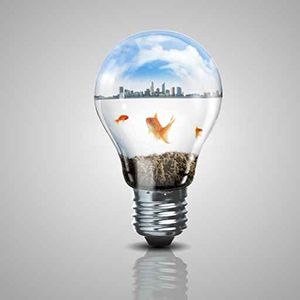 A self-made millionaire and youngest ever Director of a JSE listed company, Vusi has been labeled the “Rockstar of Public Speaking” by former Australian Prime Minister, John Howard. Appearing on the local edition of Dragon’s Den, Vusi is a leadership genius that did more than 200 speaking engagements around the world in 2013 alone.

Luckily he has some really good ideas to share too ☺

As I was listening to Vusi talk about managing change and coping with chaos, he hit on a really valid point: how many of our companies are built using old-fashioned military silos of power… one person at the top directing a group below.

We’ve all been in that situation, with a militaristic and dictatorial superior who believes that the only way anything can get properly done is if you do it their way. And then my mind wandered off and I started thinking:

How does it play out when we try to introduce the concept of a team culture into a militaristic silo of power?

That the South African business environment stills runs on a silos of power structure is really obvious.

Yes we’ve made massive cosmetic leaps forward in the advancement of women into positions of power, but we’ve kept the same basic patriarchal structures, and in many cases filled those positions of power with women who display largely masculine tendencies and characteristics, and tend to do business like men.

In general, the feminine approach to management and organisational structure tends to be more collaborative and inclusive. Inviting if you will. However women rarely have the opportunity to exercise their ideas, because you have to keep the boat sailing before you can chart a new course.

This hasn’t stopped a few important concepts seeping into the consciousness of the business world, and ideas like a team culture is one of them.

What is a team culture?

Technically a team culture should be exactly what it sounds like, a culture that is:

How do you measure it?

In the world as it has stood up until now, the measure of business success was profitability.

So if the person at the top of the silo of power was a genius who truly knew how to run their area with finesse, it would be easy to look at it and assume that a team culture existed.

In a world without those clear markers of high profitability, we’re starting to look to other things, like how people are feeling… if only because we need to take care of the few resources we can afford in order to ensure our businesses remain profitable.

It’s like the old joke… the economy is so bad that women are starting to marry for love again.

In a situation where you have a dictatorial superior with immovable ideas however, people start behaving in certain ways, like finding ideas that appeal to the person as opposed to going with what they believe are the best ideas.

So you hire someone who comes in rearing to go, and they present an idea, and it’s rejected. But we’re all resilient at first, so we come back again and again – more slowly and carefully each time – until we’re as browbeaten as the rest of the team. And equally trained to produce work the superior approves of.

So you accept the knock and start putting part of your attention elsewhere…. you now fit the team culture - you know when to talk and what to say to ensure you don’t step on any toes - but you keep most of the information to yourself.

You wear a mask when you step into the office, your dot your I’s and cross your T’s, and you adjust yourself to fit in. That does not actually lead to INCLUDING your energy and contribution into the team.

You look back on your career from where you’re sitting now, and you can relate because you’ve had a boss like that in the past.

But here’s the kicker question… how do you know if you are a boss like that?

Your simplest route into understanding your management style is going to be ask yourself the following questions:

It doesn’t have to an accurate number, what you’re looking for is a percentage here. So say 20 or 30%, maybe 70 or 80% of the time I’m disappointed and my expectations aren’t met.

If that number is above 50%, then chances are very good that the problem lies with you.

Why do I say this?

Ego is a mechanism that has to do with your identity – when we talk about Ego on the mainstream level, what we’re actually referring to is Ego reactions and emotions.

Ego reactions in essence show us the parts of ourselves that we don’t have peace with yet. You know those moments when you have single thought that just changes the way you feel about a whole situation – those moments of peace and release are what these Ego reactions are here to help you achieve.

So often, when you doubt the ability of a staff member to have an idea, it’s because it’s showing a mirror of you doubting your own ideas, or potentially someone around you that doubts your ideas. Labeling someone or something inadequate shows you that you feel inadequate on some level.

The whole of human experience is a mechanism of projection, and we only understand anything by projecting it.

Even the most basic mechanism of communication – speech – is a form of projection. You project your ideas into an audio format so that is entered into the awareness of another. It’s why you understand something better after you’ve explained it or spoken about it.

Projection however has become one of those pop psychology terms that we’ve labeled and judged, so when we consider ourselves as projecting we don’t want to accept it. Society tells us that it makes us a bad person, that’s why.

But you can’t exist without projection, and like a mirror, it is the only way you can truly see yourself. It’s easy to pretend when no one argues with you or pushes back against you, that you are a good person, but when someone doesn’t agree it makes you doubt the validity of your worth.

So if you find yourself fearful, angry, judgmental, doubtful, resistant, embarrassed, ashamed, feeling vulnerable or guilty, competitive, jealous, envious, frustrated, impatient, in awe of or admiring the person in front of you, then the Ego reaction lies completely in you.

Even if someone genuinely likes you and holds no mirrors with you in the beginning, creating a culture of blind obedience through this kind of strategy will land up creating mirrors and problems in them.

If you have been this person up until now, and you would like to change it and move forward, here are the markers you need to look for in your staff:

There will be other layers you need to unpack, but this will stand you in very good stead to remove the blocks that stand in the way of your company functioning coherently as a team.

This will take time and consistency.

You will need to be consistent on an ongoing basis in order for this to take hold – possibly months without seeing results or returns from your staff.

It’s like raising a child, you have to work years before it takes it first steps or says its first words. Many more before you can really have a conversation.

It is within your reach.

It doesn’t matter how bad the outlook looks, or how much you think it is a tangled mess, the truth is that you can turn the culture in your company around. And if you really commit yourself to the process – it will happen a lot faster than you think.