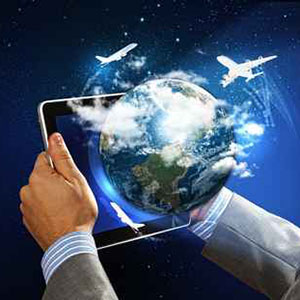 Okay for background there are articles on my site on the morphic or holographic field.

So I've done posts on the morphic field and how we each basically live inside our own little isolated bubble of thought projection.

All the little bubbles live right next to each other, and where their thoughts overlap and agree, reality as we know it is created. The more thoughts in agreement (e.g. chairs exist), the more real the object becomes.

This is why we want to share secrets: the second layer of thought makes it real in reality. It's why you want people to know about your relationship for example.

It's also why a relationship must be two sided. It requires both layers of thought agreement to build the energetic space and bond between the couple. That's what makes unrequited love so painful - the energy return is missing.

The more thoughts that agree the relationship exists, the more dense the connection becomes.

That just sets the scene for you really and makes this a bit easier to understand.

It's always been difficult to explain alternate realities and how the geography of that works, and most people tend to default to the neverending dandelion as a metaphor.

So to simplify all of this, it's actually easier to first understand that there is only one physical body and one physical world, and all the alternate realities are in that same geographic space.

But how's that possible? Well it works like a radio: your car can be parked in one spot, but can tune into countless radio stations that are out there, without moving or losing contact with the other stations.

Your body is the radio and the alternate realities are the stations.

So the you in this frequency of reality (radio station) can only interact with the others who share the same frequency as you.

It's efficient to do it like this and makes merging realities much easier.

Firstly, the variations in realities are always about decisions we make, so the being at the centre of the choice stays the same, and they can all occupy the same space.

The variations are about paths we follow as a result of our choices.

How's that possible? You've seen it before: with lessons where the statement stays the same but the meaning changes. Fate works according to a similar strategy.

There are choice points in life, and all the potential options and routes are available to choose from. You pick anyone you want and follow it, and it somehow leads back to the next choice point, which is in the same place as for all the other options you could've chosen.

The alternates are all the other routes you could have taken.

But whichever path you choose, you will land up at a variation of the same next choice point.

It's like traveling from your house to the mall - you can drive any path or route, even if roads don't exist, but you land up in the same place.

The details might be different though: did you damage your vehicle by going off road, did you use too much fuel to get there or did you get a fine because there were cops on that road?

So in one way alternate yous are placeholders for paths you could've taken, and secondly they are also actual pieces of your soul - alternate versions of you.

One of the things that happens when they merge timelines is they collapse the available options on the choice lines, because the events on that line are no longer needed in order to restore karmic balance.

Other times they may create a new choice line for you to follow because an option has become available that wasn't previously.

So you may experience things like your soul being copied into another reality to create another version of you for a new timeline, or you may experience a shift in personality as a frequency for another you in another timeline is changed to your frequency now, and that piece of soul energy is merged into you.

In fact that happens with consciousness too... you start bringing the alternate yous into alignment so that many or most of them are making the same choices in alignment across the choice lines.

That parallel enables a synergy and connection between the alternate realities that allows us to move or communicate across them more freely.

As you become more conscious the yous will do more things in alignment, bringing you more into your full power expression and giving you more freedom to travel and manipulate the morphic field and time.

Why do we want to manipulate time? Miracles are a collapse of time that means that future events do not have to happen.

Everything we do is about time :)