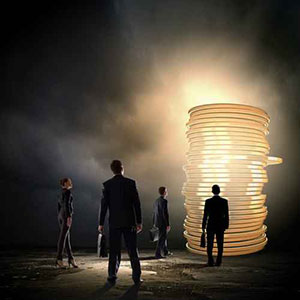 I often caution you guys not to act immediately, because it's usually the best option.

When you are shifting, your body uses the same mechanisms as it does for memory and emotion. So when an emotion or experience is releasing in a shift, you'll often feel it as if it is in the now.

But it's not reliving or staying - it's just the final release, or the biggest release.

There may be a few small release and tests on that in subsequent days as well.

So when I urge you to wait and NOT ACT, I mean it because in most cases, what you're feeling and experiencing will pass, and taking action on that feeling may lead you to regret later down the path when the intensity of the emotion has faded.

When you focus on it and make changes in your life as a result of it, you are left with those consequences after the shift has released and you discover it's not what you really wanted.

There is however a flipside...

Sometimes you HAVE TO act in order to let a shift go through. So how do you know when that is?

- When you've been thinking about the issue for longer than a month or two.

- When you've been coming the same conclusions and answers each time you think about it.

- When you feel strongly compelled to take a course of action on something that has been on your mind for months.

- When you KNOW that you are holding yourself back or avoiding dealing with something.

- When your reasons for staying in a situation have nothing to do with your reasons for leaving, e.g. I want to leave my partner because I don't love them, but I stay because of finances. If you are staying because you still believe there is love or hope of love, i.e. it's related to the issue, then you have a valid reason to fight.

Actions and big decisions often have major ramifications for your life - consequences and changes you have to deal with.

So making a big decision and changing an area of your life is really an act of surrender and surrendering to the unknown.

So you surrender and follow through on the action, and then the next layer of your journey and shift begins to unfold. If you've ever felt the relief and clarity that can come when you face something you've avoided, you'll know exactly what I'm talking about.

Speaking of surrender though... this shift is so huge that it's coming through in layers. So there's a lot of surrendering that needs to take place for this - luckily not all in 'actions and decisions' though.

When we get stuck, it's most often because we're seeing a situation incorrectly because of lack of information, or there is something we don't want to accept.

If you are battling to shift right now, go the thing you've been avoiding and surrender to it: but only energetically. Sit down, say a surrender prayer while thinking about your situation and really mean the energetic surrender.

Do NOT take any physical action though.

A lot of this big shift can be released in energetic layers only, and what you'll see as you go through the layers is that most of what you're surrendering to will not have to play out in your life - it's a resonance change only.

You matter and thank you for being here to help clean up the planet.