What’s the point? Why does your life and journey matter? 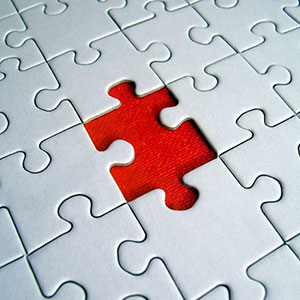 So this theme has really been prevalent the past few days… giving up and what’s the point?

Why does your life matter and why does all of this difficult stuff that you’re going through matter?

How does it make a difference?

The answer isn’t sexy, and it’s one of those boring areas that no one really wants to focus on - the morphic field.

Nowhere near as glamorous and appealing as Twin Flames or getting your desires fulfilled lol ;)

In spiritual and personal growth circles, we often like to talk about purpose and what you came here to do.

Well one of the really ugly, nasty jobs you agreed to come to Earth to help with is cleaning up the morphic field.

Everything in the cosmos is thought - even the original I AM is thought. Reality is just many thoughts all vibrating in agreement, and an emotion is just a whole bunch of thoughts thought at the same time; too many to see, so you feel a quick emotion instead of thinking a million individual thoughts.

So one of the important pieces of info you’ll come to along the way is that ego identity creates the separation and privacy of your thought from the rest of ALL-THAT-IS.

If you had to imagine it, think about the Internet.

The Internet is the sum total of all knowledge and all the websites belong to the greater whole called the Internet.

BUT, each website is actually stored on its own machine, called a server, hosted at a web hosting company somewhere around the world.

So even though that website only actually exists on the server its stored on, it’s part of this greater collective of knowledge called the Internet.

It’s its own individual entity while being part of the ALL at the same time.

This is a tricky concept at first, so you may need to come back to it a few times.

In a nutshell therefore, ego is the identity that stores a body of information, separated from the whole.

So while your identity exists, your knowledge you gained is stored in your identity. When you die, that knowledge returns to ALL-THAT-IS. The identity is the storehouse for the knowledge.

The reason you need to know this, is because the same applies to planets - and that’s what we mean by the coming here to this plane to clean it up.

All the history, ideas, thinking, agreement of thought that makes up the morphic field of the reality of Earth, is bound to this plane.

This includes karma as well - you pick the karma and related memories up from the field - this is why two people can experience the same past life.

So, in order to fix this reality, we have to be inside it. That’s why we need to “come here on a mission” in order to do this.

How it happens once we’re here is empath load.

Our empath ability basically makes us sponges for negative energy inside the morphic field, and we attract to ourselves energies we’re good at shifting and those that are aligned to what we’re currently working on.

It’s when you keep attracting the same energy over and over on empath load that you experience being “stuck” on a lesson.

In addition, all of us agreed to be born into difficult family lines, which had us facing trauma and chaos in our childhoods, with sexual, physical, verbal and emotional abuse, disabilities, challenges and horrible generational patterns.

The reason for this is the kind of souls we are…. we don’t let this stuff change us into ugly people.

If we do attack, at worst we attack ourselves - suicide.

When you look at serial killers, all of them have some pathology in their past - abuse, trauma, some sort of difficult experience.

What happens to them as a result? They become serial killers.

And even if they don’t go to that extreme, most secular people let these experiences beat them down, hold them back, and paint them into a corner, where they live small, timid lives, always afraid to step even a tiny bit outside the line. They become judgmental, mean, angry, bitter, closed minded…. you know what I mean.

Most empaths will take the trauma and try to turn it into a triumph.

They’ll go out and teach about it, share their story, spread hope. They will find a way to help others who are facing similar challenges.

They’ll find a way to try to make the world a better place, despite the challenges they’ve faced.

This means they’ll stop the ugliness in its tracks.

It’s brilliant if you think about it…. the ugliness is woven into family lines and the very structure of society.

So we populate those family lines with people who won’t be turned ugly by the experiences, will try to find a different way to parent, or will decide not to have children. But very rarely would an empath ever perpetuate the hurt and abuse to their own children.

So we clean up the family lines.

Likewise, instead of going out and finding people to abuse, torture and murder, or people’s lives to make difficult, we now not only take that ugly energy out of the societal structure, we replace it with the solution that the empath finds to improve the world.

But it does mean that the mission we volunteered for is to live very crap lives.

But if we’re not here doing it, then all we’re going to land up with is the serial killers and narcissists and egomaniacs, who will try to alleviate their pain by lashing out and making life harder and harder for others in society.

Impact on the Morphic Field

There is a bit of good news in our favor though, and it’s an even bigger reason why you are so important to what we do - why it matters so much.

The concept of the morphic field was really brought to light with kinesiology, and the subsequent research of Sir David Hawkins.

One of the really cool things they discovered over the two decades of research was the Human Consciousness Scale (view this at http://lifecoachestoolbox.com/index.php/the-human-consciousness-scale ).

The scale shows the path of evolution as you develop and grow, as well as what your thinking will be at each level, and importantly, how many people in the field you impact or reach energetically.

Basically, the higher you go up the scale, the more people at the lower ends of the scale you counterbalance.

So one person resonating at 700 counterbalances 70-million people who are depressed and suicidal around the world.

This means that each one of our advanced lightworkers and lightwarriors is worth 70-million or more of those who stand for the dark, i.e. people ruled by their Ego.

Literally, by existing and being alive on Earth, your HIGHER VIBRATION energy counterbalances the morphic field of reality, swinging it more in our favor.

This is why it matters that you do stay alive, and you do stick around.

And every single time you shift, every Ego death you face, you go higher up the Human Consciousness Scale.

Every time you go up the Scale, you impact even more people in the field, and we inch just a little bit closer to winning the morphic field.

What we do is hard - it’s hard work. And there are days you just want to throw in the towel and give up.

Just because you can’t see the big picture yet doesn’t mean it isn’t there.

In 2014, I honestly knew nothing compared to what I know now - and once I just dove in to my stuff and cleared out all the layers, everything just started falling into place.

That’s only 4 years ago. You are so much closer than you think.

Focus on dropping personalization, on realizing that you and this identity you are now, don’t matter - that’s where these feelings of unworthiness come from.

Your system is trying to help you realize that NONE of this matters - it’s where your sanity lies.

You’ve attached so much importance to stuff that has no importance at all, and once you’re on the other side you’ll see that.

Go deep into the emotions - feel ALL the pain. Unearth every single thought and statement and bring them to consciousness - say them OUT LOUD and own them as yours, without resistance.

Promise yourself that no matter how bad the pain gets, you won’t give in. You’ll keep fighting.

No matter how hard it gets, how bad the pain gets, just remember that it is ONLY your personalizing it that makes it painful.

When you can realize that you don’t matter, then what is happening to won’t matter either.

The ONLY thing that does matter in the worst of those moments is that you stick around to fight with us.

It’s a terrible dichotomy…. you have to realize that you mean nothing to see your value, but, lol, it’s all dualities up here.

Surely you’ve seen that by now?