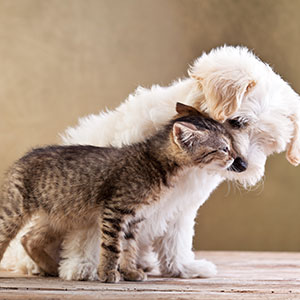 As the shift and awakening continue around the world, what practical changes can we expect to see in our day-to-day lives as 5D becomes our new reality?

The 5D reality and 5D are terms that you see bandied about a lot these days, especially if your favourite Internet haunts happen to be focused on New Age spiritual information flow.

What is 5D though, what does it mean and how can practically expect it to change your day-to-day life? What does 5D actually mean for you?

In a way we’re seeing the increased importance of relationships play out already as people add more urgency to their romantic partner searches.

In 5D however, the importance of all your relationships, and your awareness of your connection to all the other sentient beings on Earth, will increase.

This will include your understanding of how you fit into the bigger social and environmental pictures, and the role you play in contributing towards these larger communities, both negatively and positively.

By moving into 5D, we’re moving out of the highest expression of separation and individuation, and into the first layer of constant connection to everything around us.

2. Sex will be treated with more respect

In a way we’re seeing the changing perceptions of sex play out already on a number of fronts.

Around the world people are opening up to the importance of sex, and in many cases beginning to look for sexual bonds that are more deeply gratifying that just physical connection.

Hence the rise of the term demisexual: a person who is turned on by having an emotional connection to their sexual partner.

Around the world people are also identifying with unified sexual expressions, such as asexuality and androgyny. For many of these people they’ve chosen to reconcile dualities within themselves over the course of this shift.

One of the reasons that sex will become more highly valued is that our mindset will shift to valuing people over things and wealth.

It’s always darkest before the dawn… if you’ve been through a few shifts, you’ll know that from experience. Right now, the excessive peak of the energies of greed and self-centeredness that we’re experiencing on the planet, are the darkness before the dawn.

In this case the problem will be the solution: millions of people around the world will eventually have those experiences where they almost lose a crucial relationship, or someone dies or they find themselves completely alone and isolated as a result of their actions.

This will be a turning point for many as they realize that all the money in the world means nothing if there’s no one special to share it with.

The discovery and introduction of kinesiology way back in 1964, was a game changer for energy healing: now there was an accepted way to prove the things that had only been known anecdotally, or through observation, before.

Importantly, the results were scientific and replicable, which silenced the critics and fulfilled the need for proven scientific application.

In 1994, the study and understanding of the field was further expanded when Sir David Hawkins released his findings of a nearly twenty year study into kinesiology, in his book Power vs. Force.

Power vs. Force exposed us to concepts like high and low energy power patterns, and notably, the holographic or morphic field.

In a nutshell, the holographic field is like wifi that spans the entire world, and is connected to the Internet of all knowledge. You interact with this field according to your level of consciousness and the thoughts and feelings that you experience, as well as through the actions, behaviours and words you put out into the field.

One of the things that 5D means is that there is a whole new layer of spiritual information available in the field now - and that’s what people at the top of the scale will be able to access.

For people who are at lower levels of consciousness, they will now more easily be able to access abilities that were previously considered to be special, or out of reach. Abilities like seeing auras, intuition, clairsentience, clairaudience, psychic abilities, telekinesis and more.

Abilities like healing your body and the laying of hands to heal others will also become more commonplace, and people will more easily be able to access and remember past lives, karmic bonds and more.

5. Healing will take place across relationships

Because relationships, connection, attachment and bonding are such key features of the change we’re experiencing in this dimension, there will be changes in the way we heal our relationships now too.

Up until now, the energies that have been playing out on earth are energies of separation and individuation. What this meant for our spiritual development was that we saw things as individuated and separated single-serving lessons or concepts.

So when you went down a development rabbit hole, it would always reconcile itself in one single thought, concept, idea or statement. You would also be able to release only your part in a story, applying forgiveness just on your side of the fence.

In the 5D reality, when it comes to healing relationships, much of that healing will have to happen in person now. Proxying for someone in a healing session will no longer work effectively if there is a path for you to heal the relationship with the person themselves, in person and face to face.

One of the ways you will begin to see this manifesting is the introduction of healing and release modalities that require people to communicate to and with each other.

On the upside, healing releases that occur in this manner will yield powerful energetic results, as well as movement in people’s lives where they’ve previously been stuck.

So if you have been stuck energetically, and your intuition is bugging you to reach out to someone and make amends or offer forgiveness, then reach out. Chances are good it’s the modality you need to create movement in your life right now.

Learn more about the 12 Dimensions & how 5D fits in

To understand more about 5D and the other dimensions, read the Creation & Unification Story for Lightworkers & other Light Beings.