Healing yourself - a practical example 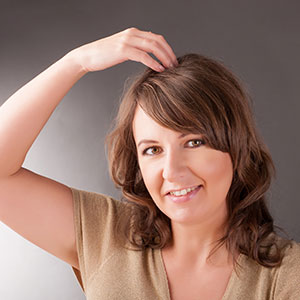 Healing yourself - a practical example

Soft drinks, cool drinks, cola and all the fizzy stuff

So, like meat and dairy, one of the more common natural evolutions journeyers go through is eliminating fizzy drinks from their diets.

This week however, I was craving something different, and there was Sprite in the fridge, and so I had two small glasses over two days.

Wow have I ever paid for it.

I've had the most horrible intense heartburn like sensation, but across my entire small intestine area.

Tummy has been bloated, gassy, sore; I've had cramps, nausea, constipation and a runny tummy (go figure), as well as a sore throat and nearly migraine headache.

Taken me about a day to figure out what was causing the discomfort (I had to wait 24 hours for a cycle to complete, just like I tell you to do); but immediately once I had brought the thought of what caused the interference to consciousness, the information for the modality came with it immediately.

That's one of the ways you know you've hit the right thing - the modality you need will be known almost immediately as well, and will often give immediate relief.

In my case, the modality was a tablespoon of coconut oil (which is torture for me - can't handle oily stuff at all, I eat almost everything raw), and a teaspoon of honey. The pain and burning has subsided almost immediately.

The modality was a reinforcement of the healing - the thing that really released it was the awareness.

My body had made me aware of the pain to show me that it did not like this substance I had put into it after so long - once I received the message, there was no need for the pain message transmission.

All pain - physical, mental, emotional and spiritual - is there to show you something.

Usually a whole bunch of things actually, which is why you have to go through a whole laundry list of statements or thoughts.

Every emotion (pain) in other words, is made up of a whole bunch of thoughts, and when you've brought all of those thoughts (statements) to consciousness, then there is no need for the emotion to exist as a way to store that jumble of thoughts.

So the emotion disappears.

It's the same as when you break up with or lose someone - you have thoughts about them stored in an emotion, and when they aren't there to reciprocate that emotion, then the emotion feels lonely when you experience it without reciprocation or mirror (reminds you that you are alone) and so becomes dark or negative.

Eventually you get used to them being gone, and you cycle through the thoughts, and the pain disappears. The pain only serves to remind you that that identity is no longer there to love. Acceptance of that fact is what releases you usually.

For me, this wasn't the only thought, but it was the breakthrough thought - in this case it was the core issue.

With every other purge of statements, usually you have to eliminate quite a few before you hit relief, but hitting on a core underlying thought will often bring immediate release.

This is why journeyers think of lessons as single serving - they don't see all the little releases in between - they focus only on the relief release.

The modality itself is not an abnormal modality for me to apply - but I didn't think of it til I had the core statement.

Your mind creates a mental block so that you get the correct message: I could just as easily have interpreted this as a general treatment for heartburn.

It is a general treatment yes, but it is also the specific modality I required for healing this time around.

It makes sense, cos I've used less coconut oil on my skin the last while, because it's been so hot here, and my body was likely lacking those nutrients and moisture.

So my system needed a big dose of oil taken internally to restore balance.

I'm pretty sure the honey after the coconut oil was to make sure I didn't throw up - I REALLY hate oily stuff. The taste of oil is the worst for me.

And to close, another lesson I took: soft drinks are really bad for your body. Don't drink them.

Lol I probably just made another enemy in the soft drinks companies. Oh well. One step closer to assassination lol