People don’t understand you and you don’t fit in 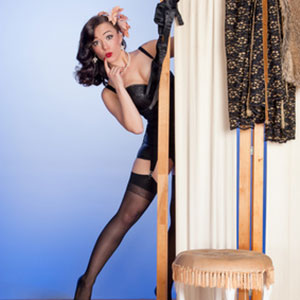 People don’t understand you and you don’t fit in

If you’re really honest about it, the reason that you started the spiritual seeking was because you don’t fit into society - people don’t understand you or get you.

For most of us, the journey was tied to likability and popularity - obviously as we became more spiritual, more people would be drawn to us and like us.

Whether it was fixing the relationships with our parents, or our kids, or finding a lover, or a group to work with, the underlying presupposition was always that this journey would bring us closer to people, i.e. they would like us more.

Along with survival needs, likability is the system: I must become and remain likable in order to ensure my ongoing survival.

This is the core premise that drives society and social structures, and it is the framework in which we live every day.

It’s also exactly what the ego journey is making you aware of: how we edit what we know in order to remain likable to the people around us.

You see this in examples when you’re talking to people, comments like:

The list is endless… and I’m willing to bet you’ve heard more than a few of these in your time. Right?

It happens to all of us.

One of my Kodak moment examples? A friend saying I was grandiose and opinionated for sharing my articles that have been published in media.

So because I get a lot of media published, it’s arrogant for me to share the pieces out on my own social media platforms. I know, right?

We’re going along and we hear something, or participate in a conversation, and we contribute our thought, or give our ideas at work, and we get backlash.

Over the years, sitting in many of those endless work meetings, I often used to wonder to myself, “What is the point of me being here actually - if I am not allowed to contribute or give ideas?”

It took me a while to work it out…. the point of me giving ideas was so that those around me could say no to them, and feel smarter than me because their idea was implemented instead.

Really, I was so smart that my only purpose was to be the dumbass, so that others could feel smarter than me.

Oh and of course come up with life-saving ideas when their ideas failed to work.

Or to give ideas so my boss could then come back and present them as his own a day or two later.

People see themselves in contrast you see - they compare themselves to the people around them.

And when we walk into a room, it’s like someone put a massive target on our foreheads - all of a sudden the person to try and one-up, is us.

But competition doesn’t sit well with us - it’s why we don’t like competitive and team sports in many cases.

So we feel the friction of that competition, which makes the other person think they’re winning, because we back off, and so they push harder.

We back off even more, they come forward even more, rinse and repeat. Until… we explode.

And that is never pretty, because we have BIG emotions.

And then that lashing out becomes the thing that the person uses the demean us…. and so the cycle continues.

From the outside, we look withdrawn, and if you push us, we look emotional and just a little bit crazy.

And of course, TRULY spiritual people are ALWAYS likable by everyone, so the very fact that we lashed out once (after holding our tongues about a zillion times), means that the one upmanship they now have over us, is that they’ve proven, unequivocally, that we’re definitely NOT spiritual or advanced.

So each time they can make us explode, they PROVE how much more advanced they are than us.

It becomes a game to push us to our limits.

We have this amazing inner world you see, and we’re happy there.

Happy to retreat there, be our different crazy selves, happy to be joyful and happy… and the watching audience wants some of that.

They want to be in that place, they’re drawn to it. It’s what makes us so attractive in the first place.

They want to their minds to work that fast, and see those ideas, because they want to be the smartest person.

They want the glory of being the smartest.

The way you win in any relationship environment?

Be the person who gets their way - whose idea is followed.

Be the person who sets the guidelines and makes the rules.

Be the God in the relationship in other words…. have everyone follow YOUR lead.

People aren’t even trying to accept you - and you have to make peace with that.

If you keep seeking the external validation of people who cannot see you, you will limit your growth to the highest level they can see.

So think about your boss/boyfriend/mother/friend that you’re hanging onto…. is that the highest level of spiritual development you are willing to reach?

Is that the most you want for yourself? The closest you want to be to God?

Then why are you hanging on so tight to this person’s approval?

Let it go - and become the full glory of everything you can be.

Become beautiful in the eyes of God.

That’s a benchmark worth striving for.