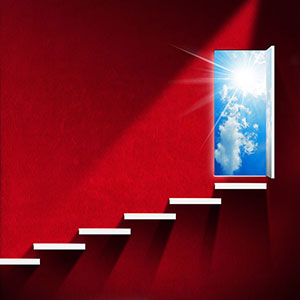 So the restlessness has somewhat started subsiding as the new downloads are starting… and they started with a humdinger this morning hey.

When you first start getting the aha moments on your journey, you stall for a few minutes while you assimilate the information, and you generally go quiet and can’t speak.

Once you’re past a certain level, you really just feel the relief that the lesson releases - and past a point you’re on duality lessons: lessons of all that is. So here you get multiple ahas that lead to a bigger aha, or puzzle fitting together - often a reshimo (pulling down and completing a spiritual lifetime).

I recognize reshimot now by the fact that I have to reorient myself to the world - often as much as 72 hours of finding my feet again. LOL - you can always tell how recently I pulled down a reshimo by the amount of spills on my shirts :) I spill all the time when my system recalibrates :)

These cosmic core lessons though - I sit assimilating for a good five minutes when it hits me. That’s before I can really talk about it or even verbalize the statement to Angelica or whoever is near me. It still takes about 72 hours to start thinking from that level.

And that was the first lesson this morning - a cosmic core lesson.

So I’m fresh out of that, and I’ve had a couple of key statements come through after this big one, so if I seem a little less coherent than usual - I am. LOL :)

However they’ve said share this one out first this morning, and I have learned my lessons LOL, I follow instructions.

I know there’s a shame in posting comments and sharing stuff still, but those of you for whom this lesson hits home, I’d appreciate it if you’d jot your thoughts and realizations down in the comments in one of the private groups so that I can just see some of the spin offs and different layers. This one came on its own and letting you unpack the layers in unity will save me some detective work :)

The Cosmic Core of Rejection & Betrayal

This alone will trigger a soul retrieval and download, but the Plaedian Tantric Workbook by Amorah Quan Yin has a much more complete version of the story in it. I do facts well - I’m not a storyteller like others are :)

In the beginning there was soul. And soul was ALL THAT IS.

And in a moment of contemplation, soul had a thought: I AM. And this thought generated so much joy that soul exclaimed in amazement I AM THAT I AM.

And there was so much joy… and soul looked around to see itself - and found no one.

And so soul hatched a plan to split itself, to become two so that it could see itself mirrored and reflected. This was the birth of the mechanism of ego.

And soul used ego to split itself into two, and when the two parts turned around and faced each other, they saw only completion and perfection, and the instant love drew them back into unity in tantric union.

There’s more the the creation story after this, which is why I’ve included the resources - but for the purposes of this lesson, this is the only part we need to work with now.

So the basic pattern is: soul splits into two by Ego, the two parts fall immediately in love at first sight, the two parts unite through tantric union (the recursion on Earth for this is romantic love or friendship).

What you have to look at here is the pattern: the core belief is that when two separated souls see each other, they should love and accept each other immediately.

Anything that flies in the face of this pattern therefore, feels unnatural and unacceptable.

So rejection when you’ve shown yourself to a partner or lover goes against your soul - and that’s what the betrayal is. And it’s core, and so the relief comes from knowing and understanding it - not necessarily releasing it as such.

Also remember that any lesson is a lesson of all the dualities, so acceptance here includes rejection, abandonment, loneliness, etc. Anything that is a contrast, conflict, complement or polarity makes up the understanding of the ALL-THAT-IS of the lesson.

The Hairpin Bend of Unity

The whole of creation in one direction is the act of separation, which began with the initial act of acceptance (tantric union).

We are the hairpin bend of creation, here to begin unity. So if we’re reversing the process, the mechanism has to be reversed too. So the process starts with a rejection.

So separation started with acceptance, and unification will begin with rejection. This is why we have so many Twin Flame love triangles - one has to be rejected I’m starting to understand.

This will be playing out in a few ways in your world: you will strongly feel like rejecting someone or cutting them off, or you will have been rejected by someone.

It is also a recursion of the Mother’s chase of the Father when he leaves creation to come create Earth. The Twin Flame runner-chaser cycle.

So there are two layers of recursions - one at the original level of soul, that repeated in the creation story playing out when Eros rejects Erotica for Gaia - rejecting God (Erotica) for Earth and earthly life (Gaia).

So if you are feeling rejected right now, or strongly feel that you want to reject or cut someone off, read this a few times. Try to reach the resonance.

I included the other Easter Eggs like the Son of Perdition and the runner-chaser cycle, because you can go and research these and find detail suitable to releasing you where you are right now.

The cosmic core will be impacting all of us right now - but most will only experience it subconsciously. The level of lesson that you will see at the end is dependent on your level of consciousness. For me the puzzles are so big right now that the relief comes only when I reach the cosmic core lesson.

Your Role in the Mission & the Level your Reach

Not everyone has to go as far as cosmic core lessons - there will probably only be a handful of us that end up there in the end. Why? Because it’s a fuckload of responsibility.

It’s the Ego battle essentially - the more God serves you, the less responsibility you get. The more you serve God and They can rely on you to jump quickly, the more They will send you responsibility.

So for everyone who keeps asking me what is my role? Your role will be determined by how much you put yourself and your Ego aside, and how much you step forward to serve.

I promise you that you WILL want to stop at a point. Many points LOL. They ask you to recommit many times.

You’re going to stop when you have reached a point where you can’t shoulder more load :)

And if you’re thinking I’m wrong, then I dare you to match me public post for public post and put your money where your mouth is.

That fear you’re feeling of exposing yourself - that is EXACTLY the responsibility I’m talking about that you are going to want to avoid ;)

So how much you can make that fear of exposure go away will determine your final role. That’s what I mean by first wave lightworkers - the ones who are brave enough to show themselves and share before it becomes mainstream and easy to do.

People that are starting to step up now are benefitting from the years of work we’ve already done in the morphic field to lift the level of cognitive dissonance make it easier for you to step forward.

The third wavers will have an easier time of it because the cognitive dissonance will be so much less because of the changes we’ll have effected by then.