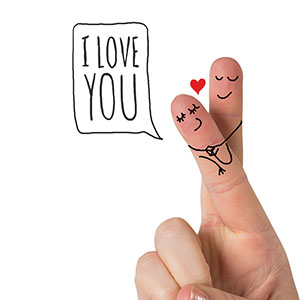 Chasing someone in romantic relationships is a recursion of the urge to oneness and seeking.

When you chase you pursue or seek. All men will admit to the thrill of the chase thing.

A woman's role is to lead a man to source.

The path to source is constant seeking and chasing.

The need to chase in a man will subside when he finds a woman who helps him chase his soul.

That's the ingredient men are looking for.

Women are looking for a man they can lead... hence dating a guy's potential or choosing a fixer upper.

Emasculation in men is caused by one night stands.

These are actually one night relationships... you always spend the whole date fixing the guy before a one night stand.

He shows you his soul and you fix him and that creates the bond.

Under those circumstances the guy gets all the benefits of a relationship for one night, while the woman gets the benefit of work, with no payment or reward.

It's why you feel cheap after. You were used mentally, emotionally and spiritually with no payment - it was cheap and demeaning.

Note that: it wasn't your body that was used when you helped the guy feel better.

And even when it's pure sex, the guy is still using it as an ego boost to feel like a man... which again is the role of a woman in a relationship.

The emasculation is caused because soul journey work and seeking is ongoing, and ongoing cannot be achieved in one night. You need daily contact for proper growth - hence relationships.

It's also why the men keep seeking out new one night stands over and over - it needs to be ongoing for there to be any real change in the way a man feels.

But because it happens in one night stand installments, they don't get enough input.

It's the equivalent of going for one healing session and expecting your whole life to be fixed.

Or taking one headache tablet three years ago and wondering why you have a headache today and the tablet isn't working anymore.

The role of a woman in a relationship is to make a man feel like a man.

The one night stands never allow you to fully see or express that - and that's why we've landed up with emasculated men.

You need only look at how desperate guys get for relationships around 36/40 and onwards to see it.

They start wanting kids, a wife, recognition by societal standards... desperately grasping on to anything that society deems masculine to prove their masculinity to themselves.... to prove they're a man, because they don't feel like one.

The magic of what a woman does in relationship only begins after a few months when she feels safe - which is the payment the man brings in exchange for her handling the soul aspects.

Men don't feel like men because they've never felt like men, because our stupid societal structure made it okay to ridicule people who want relationships.

How different would the world be if we ridiculed people who didn't want relationships?

Ostracized casual sex again... the way we used to a few years back?